India is looking to invest around $15.2 billion in infrastructure and oil and gas projects in Iran, including full-scale development of the Chabahar Port, if Tehran offers better terms, including cheaper gas, shipping minister Nitin Gadkari said. 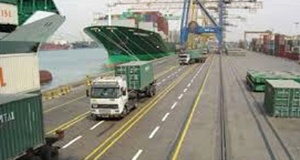 "We are ready to make a huge investment in Iran and this is mainly linked to gas pricing offered by Iran ... Gas price is a crucial issue," Gadkari told a news conference.

Gadkari and his Iranian counterpart, Abbas Ahmad Akhoundi, had, in May, signed an $85 million deal for India to lease two existing berths at the port and use them as multi-purpose cargo terminals.

Since then, Iran's President Hassan Rouhani had offered India a greater role in infrastructure projects, including overall development of Chabahar port.

India hopes to take a decision on Iran`s latest offer by early October after obtaining reports from other ministries, including petroleum, chemical and fertiliser, and steel by Monday, shipping secretary Rajive Kumar said.

The port of Chabahar in southeast Iran is central to India`s efforts to open a route to landlocked Afghanistan, circumventing arch-rival Pakistan. This is key to India fostering close security ties and economic interests in Afghanistan.

The port can also serve as a gateway to the resource-rich countries of Central Asia.

Besides the Chabahar port, India plans to build a gas-based urea plant in Iran and import urea from there to India, which would help save in subsidies while halving the price of urea for the farmer.

Iran has offered to supply gas at $2,95 per million British thermal units (mmBtu), but India is seeking gas at $1.50 mmBtu for building a urea plant there, Gadkari said

"If the gas price is reasonable then all departments in India can together take up projects in the special economic zone there and investment will be more than 1 trillion rupees," he said.

Meanwhile, officials from Iran, India and Afghanistan have met over the past 2 days to finalise agreement for a Chabahar transit corridor.

While India and Iran are developing the Chabahar port jointly, Afghan businesses are investing in the attached free trade zone where Iran has allotted land for Afghan investors.

For India, Chabahar port is an important initiative involving three partners, and is a critical alternate trade route for Afghanistan.

The transit corridor will be significant for Afghanistan too with President Ashraf Ghani declaring that his country wants to revitalize the Silk Road and act as a regional hub for connecting South Asia with Central Asia.

While India plans to bypass Pakistan for now, Indian officials said the primary motivation for the port and transit corridor was not bypassing Pakistan and that they are hoping that Pakistan too at some stage will join all trade and transit agreements.