Hess Corp sells half of Bakken midstream assets for $2.68 bn

US oil and gas player Hess Corp has agreed to sell 50-per cent stake in its Bakken midstream assets to leading infrastructure investor Global Infrastructure Partners for approximately $2.68 billion in an all-cash transaction. 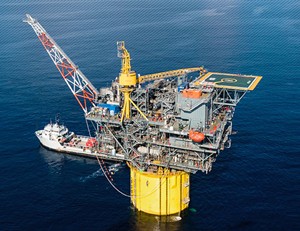 The deal will see the creation of a premier midstream joint venture, Hess Infrastructure Partners, valued at $5.35 billion, the company said in a statement.

On closing of the transaction, Hess will net total cash proceeds of $3 billion, including its 50-per cent share of a 5-year debt facility of $600 million.

Hess Corp's chief executive officer John Hess said, ''The joint venture with its strategically located assets will be one of the largest midstream operators in the Bakken.''

''By capitalising on the financial strength and midstream energy experience of Global Infrastructure Partners, the joint venture will be in a strong position to fund future energy infrastructure investments and continue to grow its midstream business,'' Hess added.

New York-based Hess Corp is a major energy company engaged in exploration and production of oil and natural gas and a leading operator of the prolific Bakken oil field in central North America. The company's revenue for the year ended December 2014 was $10.6 billion and net income was $2.3 billion.

The JV will have access to capital including a $400-million 5-year credit facility, which is fully committed. It also has future plans to float an initial public offering (IPO).

The transaction is expected to close in the third quarter of 2015, subject to customary closing conditions.

Hess intends to use the sale proceeds to strengthen its balance sheet in the volatile oil price environment for future growth and share buybacks.

The company expects the JV earnings before interest, tax, depreciation and ammortisation (EBITDA) for the twelve months ending March 2016 to be in the range of $290-$300 million.

For the March 2015 quarter, the midstream segment recorded EBITDA of $64 million.

The oil firm expects to incur $325-$350 million in capital expenditure during the current year.

Hess will be operator of the midstream assets and its current employees will remain Hess employees.