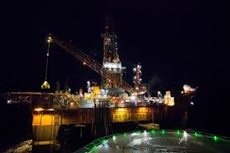 "We had a great meeting and agreed on investment of over $14 billion," Maduro said in a televised interview yesterday after his negotiations with Rosneft chief Igor Sechin, further adding that the investment would help Venezuela to double its oil production.

PDVSA said on Twitter on Wednesday that the two countries had agreed to "create companies together" to boost crude production, adding both nations want to expand crude extraction in the Orinoco Belt, where Rosneft already has joint ventures with PDVSA.

Further details of the deal, including funding, have not been revealed.

In an emailed statement to Reuters, Rosneft said the $14-billion was the total investment of the company in Venezuela on its current and future projects.

''We are not talking about new money,'' a Rosneft spokesman told Russia's RIA news agency.

Rosneft has already invested $1.8 billion in the last four years in Venezuela and expects its oil production to increase five-fold to 8 million tonnes per annum (160,000 barrels per day) by 2019 over its 2014 level.

PDVSA and the Venezuelan oil ministry did not immediately respond to Reuters' request for comment.

The country, which is heavily dependent on oil revenues, has been badly hit by the slump in oil prices and the Russian commitment in the oil sector would be a boost to the cash-strapped country's economy.

Petroleum products account for about 95 per cent of its exports and a quarter of the country's GDP.

PDVSA has made ambitious targets to double the country's oil production to 6 million barrels a day by 2019, two-thirds of which is projected to come from its prolific Orinoco belt, although industry experts and investors are cautious about the target.

Venezuela, which vociferously criticizes hydraulic fracturing of shale oil or ''fracking'', said the country could step up oil production to meet the demand if shale oil production in the US and Canada slows down.

Two days ago, Venezuelan foreign minister Delcy Rodriguez, who held talks with Russian counterpart Sergai Lavrov in Moscow, said: ''In recent months oil prices have recovered. We were talking about how the international market should function and how criminal shale oil production is.''

Oil price plunge is also taking its toll on the Russian economy compounded by a series of Western sanctions over the country's alleged involvement in the continuing unrest in neighbouring Ukraine.