ConocoPhillips Inc is weighing sale of some of its Norwegian North Sea assets, which may fetch the US oil and gas giant as much as $1 billion, Bloomberg yesterday reported, citing sources familiar with the matter. 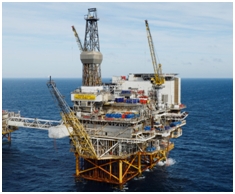 ConocoPhillips may sell assets that are operated by others, including stakes in the Aasta Hansteen, Alvheim and Grane fields, the report said.

The Houston-based company is running the sale without advisers, and has contacted potential buyers, which may fetch as much as $1 billion, the report added.

In addition, the company has assets in fields operated by partners, including the Heidrun, Troll, Visund, Oseberg, Huldra, Alvheim and Grane fields.

It has hired Wells Fargo to sell some the assets, including oil and gas properties in the Rockies, East Texas, South Texas and Northern Louisiana, the report said.

"It is common in the energy business for companies to review, readjust and optimize their portfolio from time to time," a ConocoPhillips representative told Reuters, declining to comment on the specific sale. A Wells Fargo representative declined to comment to Reuters.

Earlier this year, ConocoPhillips hired Canada-based investment bank Scotia Waterous to assist in a potential sale of oil and gas assets in western Canada and Anadarko Petroleum is reported to have hired Citgroup to sell its East Texas acreage.

Early this month, BG Group of the UK agreed to sell itself to European oil and Gas giant Royal Dutch Shell for $69.6 billion. (See: Shell to buy Britain's BG Group for $69.6 bn)

Earlier this month, it began laying off 4 per cent of its 2,000 employees at its former corporate home in Bartlesville, and 2 per cent from its Canadian operations.