US refinery strike covers a fifth of national capacity

The United Steelworkers union strike that hit Houston refineries has now spread to the largest US refinery. 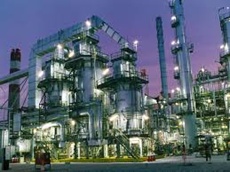 Workers walked out of the Motiva Enterprise refinery in Port Arthur on 21 February shortly after midnight, according to Fuel Fix. The largest US refinery, a joint venture between Houston-based Shell Oil Co and the Saudi Aramco subsidiary Saudi Refining, has a capacity of 660,000-barrels-per-day, according to Market Watch.

The strikes also hit three plants owned by Motiva and Shell Oil in Louisiana, which began strikes on 22 February according to KSLA News.

With the strike in its fourth week, 15 plants, including 12 refineries, have been affected. Reuters reported that the 12 refineries accounted for a fifth of the national production capacity.

According to Fuel Fix, several issues including amount of overtime workers had been asked to do, safety issues would need to be discussed and settled.

Reuters citing sources familiar with the negotiations reported that talks were resumed but had halted again after nearly reaching an agreement on Friday.

According to USW International president Leo Gerard, the strikes were the result of the industry's bargaining tactics.

"The industry's refusal to meaningfully address safety issues through good-faith bargaining gave us no other option but to expand our work stoppage," Gerard said in a statement.

The two sides have not scheduled any further talks.

Sources familiar with the talks said Shell and the USW were nearing an agreement for a new contract on Friday night, but other oil companies were unwilling to accept the bargain.

According to a letter Shell sent to striking employees at its Deer Park, Texas, refinery and chemical plant, a copy of which Reuters said it had accessed, the company said the key sticking point was non-union contractors who performed daily maintenance, which the USW would like to see replaced with union workers.

The company, seeking flexibility, said in the letter, "Hiring flexibility is a proven way to protect our core Shell workforce and the long-term economic viability of our workforce. This strategy has served us all well, as we have not had to conduct any layoffs in decades."