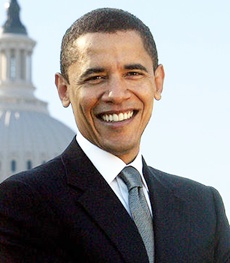 In a move that would mark President Obama's latest attempt to use executive authority to tackle climate change, administration officials will announce plans this week to introduce new regulations on the oil and gas industry's emissions of methane, a powerful greenhouse gas, The New York Times reported citing a person familiar with Obama's plans.

The administration aims to cut methane emissions from oil and gas production by up to 45 per cent by 2025 from the levels recorded in 2012.

The proposed regulations would be issued by the Environmental Protection Agency this season with final regulations by 2016, according to the person, who spoke on the condition of anonymity since the administration had asked the person not to speak about the plan.

Environmental advocates had called for targeting methane emissions, and the rules would be the first to do so. Most of the planet-warming greenhouse gas pollution in the US came from carbon dioxide, which is produced by burning coal, oil and natural gas.

Methane leaks from oil and gas wells, account for only 9 per cent of US greenhouse gas pollution, however it was over 20 times more potent than carbon dioxide, so even small amounts of it could have a huge impact on global warming.

Meanwhile, AP reported that reductions would come  from a mix of voluntary steps by industry and regulations from both the Environmental Protection Agency and the Interior Department, citing to two people familiar with the plan.

The oil and gas industry had insisted rules were not necessary as the industry was already working to cut methane leakage. However, according to environmentalists and some scientists, without methane controls, the ongoing shift from coal to natural gas would have less of an environmental benefit.

The White House last year said the EPA would study how methane was released during drilling and determine whether to develop new regulations.

Although the administration had now decided to move ahead, the formal rule-making process would not get under way until later this year, the persons, who requested anonymity because the plan had not been announced publicly, said.