India and Canada are negotiating commercial contracts for supply of uranium for Indian nuclear reactors as part of increased energy cooperation between the two countries. 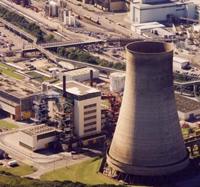 A Canadian delegation led by Canada's minister of international trade Ed Fast and premier of British Columbia, Christy Clark, also called on the minister of state (independent charge) for petroleum and natural gas, Dharmendra Pradhan on Tuesday, when the visiting Canadian ministers expressed his country's desire to be a reliable partner in meeting India's energy needs

Both sides discussed bilateral Cooperation in the field of oil and gas.

Pradhan emphasised government's focus on a gas-based economy and said the government is going to come out with a series of reforms soon for attracting good investment.

With India set for faster rate of growth under the present government, Ed Fast said the two countries would work as trusted partners. He also welcomed the Indian government's 'Make in India' initiative.

Canadian foreign minister John Baird and external affairs minister Sushma Swaraj on Tuesday, meanwhile, chaired the second strategic dialogue between the two countries, where the two countries sought to boost cooperation in a range of areas, including education and nuclear energy.

Briefing reporters about the meeting, external affairs ministry spokesperson Syed Akbaruddin said cooperation was a major area of discussion between the two sides.

Canada was expected to produce 7 million barrels of oil per day by 2020 and was working for creating outlets on its east coast for making it easier for India to off take oil, he added.

He hoped that the contract for supply of uranium from Canada would "be in place in not too distant future".

He said Baird was in the US during Modi's visit to that country last month and witnessed the "enthusiasm for India".

Baird noted that partnership with India really mattered to Canada and his country was keen to enhance the bilateral partnership, he said.

Akbaruddin said Canada extended an invitation to Prime Minister Narendra Modi for "a visit at an early date", which was accepted.

She said India intended to accelerate the pace of growing partnership and deepen it further.

Akbaruddin said that India and Canada were jointly hosting workshop on nuclear security.

He said the two sides also discussed ways for Canada to assist in skill development in hydrocarbon sector and welding.

With the bilateral trade estimated at $5 billion, the two sides said that investment opportunities on both sides need to be expanded.