The government has constituted a four-member committee of secretaries from the various ministries to review the pricing mechanism for domestically produced natural gas, a senior oil ministry official said today. 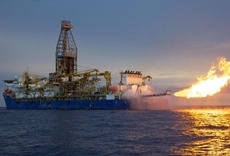 The committee, with additional secretary in the oil ministry Rajive Kumar as member-secretary has secretary of the department of expenditure in the finance ministry, power secretary and fertiliser secretary as the other members.

The announcement comes two months after the NDA government put off a steep hike in gas prices as proposed by the Rangarajan  committee constituted the earlier UPA government.

"It (the gas pricing) will be re-examined comprehensively and we will have consultations with major stakeholders," Kumar said, referring to producers and buyers.

"The timelines have already been drawn and so the report will be submitted within a few weeks," he said, adding the mandate of the committee is to "review" the pricing mechanism.

The Cabinet Committee on Economic Affairs (CCEA) had in June deferred by three months the implementation of the Rangarajan formula that would have doubled gas price to $8.4 per million British thermal unit saying the complex issue needed more discussion.

Earlier this month, oil minister Dharmendra Pradhan had told Parliament that the NDA government decided to review the pricing formula keeping in mind public interest and recommendations of the Parliamentary Standing Committee.

He had said a decision will be taken keeping in mind the interest of investors and public and a new formula will be announced by 30 September. Till then, the $4.2 per mmBtu price will continue.

Parliamentary Standing Committees on finance as well as petroleum had called for a review of the Rangarajan formula, saying gas price should have some linkage with the cost of production.

According to the oil ministry, the cost of gas production varies between $1.86 per mmBtu and $4.31 per mmBtu but a cost-plus price would be perceived negatively by the market.

The gas price hike was deferred as the doubling of rates would have led to increase in cost of urea, power and CNG.

Every dollar increase in gas price will lead to a Rs1,370 per tonne rise in urea production cost and a 45 paise per unit increase in electricity tariff (for just the 7 per cent of the nation's power generation capacity based on gas).

Also, there would be a minimum Rs2.81 per kg increase in CNG price and a Rs1.89 per standard cubic metre hike in piped cooking gas.

The increase in gas price would bring windfall for the government - about $2.08 billion (Rs12,900 crore) from additional profit petroleum, royalty and taxes accruing from doubling of gas rates, the ministry estimates.

India is a large importer of energy and imports around 70 per cent of its crude oil requirements. Its net energy imports amounted to 6.3 per cent of gross domestic product in the fiscal year that ended in March 2014.