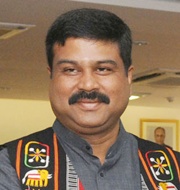 The Cabinet Committee on Economic Affairs (CCEA) has decided to defer a decision on raising the price of domestically produced gas by 3 months, thereby delaying payment of higher gas prices for Reliance Industries and the state-run explorer ONGC Ltd.

Announcing the decision after the cabinet meeting, minister for petroleum and natural gas Dharmendra Pradhan said there was need for more consultations on gas price hike.

As per the formula recommended by the Rangarajan committee set up by the previous UPA government, the price of domestically-produced natural gas was to go up to $8.4 per million British thermal units from the existing $4.2 per mmBtu.

The gas price revision, which was originally due on 1 April, was earlier deferred due to the upcoming general elections and the coming into effect of the model code of conduct. A revision was due by end of the month and this is the second time the government is postponing a decision.

Gas price was set to double from the current $4.2 per unit from 1 April, but was not implemented by the UPA government because of ongoing elections. The UPA government's decision to double gas rates to $8.4 per unit was based on the Rangarajan formula.

The Bharatiya Janata Party (BJP) had promised to review the formula during the election campaign.

An increase in gas price would have impacted cost of electricity generated from gas-fired power plants and many other types of fuels such as CNG and PNG (cooking gas).

The status quo on prices will give the government has a temporary respite from inflationary pressure at a time when deficient monsoon and rising crude prices threaten to stoke cost of essential products.

The government, meanwhile, clarified that there is no proposal from the petroleum ministry for any hike in LPG or kerosene prices. Media reports had earlier said the government was planning a staggered hike in the prices of kerosene and LPG to reduce its subsidy burden.