Finmin wants gas price capped below $8.6 per mmBtu for RIL 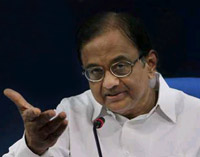 Echoing finance minister P Chidambaram's view, the finance ministry has sought a cap on the hike in natural gas rates under the new pricing formula that will come into effect from 1 April 2014, even as the petroleum ministry is seeking to allow higher price to natural gas produced at Reliance Industries' KG-D6 block, under a bank guarantee for the unmet gas supply commitment.

Under the pricing formula, which will be effective for a five-year period beginning 1 April 2014, the price of natural gas will be revised quarterly.

Under the approved formula, the price of natural gas produced in the country will more than double to $8.6 per million British thermal units (mmBtu), from the present $4.2 per mmBtu.

According to the finance ministry, a ceiling on the gas price is necessary to protect the interests of government / consumers during times of unreasonable price swings.

The finance ministry was responding to a draft cabinet note issued by the petroleum ministry seeking to allow higher gas price to Reliance Industries (RIL) in lieu of submitting a bank guarantee for the unmet supply commitment from its KG-D6 block.

The finance ministry has all along been against allowing a hike in gas price for RIL, which has failed to meet its contractual obligations, which resulted to huge losses to the exchequer, both in rising gas imports and loss of revenue.

The finance ministry had, on 4 July and 26 September, also sought a cap on gas price.

"In fact, the previous price of $4.2 per million British thermal unit was subject to a cap (cap would come in force once the crude price exceeded $60 per barrel), and therefore, there is no ambiguity as to whether the price ceiling is permissible under the PSC," the finance ministry said.

The petroleum ministry, which had earlier relented, agreeing to reduce gas price to around $6 per mmBtu, is now back on the $8.6 per mmBtu price cap for all domestically produced natural gas and linking gas prices to an average of the price prevailing at international gas trading hubs and the actual cost of importing liquefied natural gas (LNG).