The cabinet committee on economic affairs (CCEA) has authorised the acquisition of a total 20 per cent participating interest in Project R-2 in offshore Mozambique by ONGC Videsh Limited and Oil India Limited for around $5.12 billion. 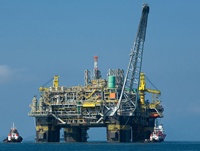 The CCEA on Thursday approved the proposal of the ministry of petroleum and natural gas to authorise ONGC Videsh Limited (OVL) and Oil India Limited (OIL) to acquire 20 per cent participating interest in Rovuma Area 1 offshore block in Mozambique (Area 1).

The transaction will allow the two state-run oil explorers to jointly acquire 100 per cent of shares in Videocon Mozambique Rovuma 1 Limited, the company holding a 10 per cent PI in Area 1, from Videocon Mauritius Energy Limited, a subsidiary of Videocon Industries Limited, for around for $2.48 billion.

Separately, OVL will also purchase a 10 per cent participating interest in Area 1 from Anadarko Mozambique Area 1 Limitada, a subsidiary of Anadarko Petroleum Corporation, for $2.64 billion.

The two transactions are expected to close before 31 December 2013 and February 2014, respectively.

The Mozambiqe offshore exploration Area 1 covers approximately 2.6 million acres in the deep-water Rovuma Basin and the acquisition would mark the entry of OVL and OIL into the largest gas discovery in offshore East Africa with estimated recoverable resources of 35 to 65 trillion cubic feet (tcf).

Area 1 has the potential to be one of the world`s largest LNG producing hubs as discovered gas resources are to be monetised through the construction of a LNG hub in Mozambique. It is also ideally suited to supply LNG to India at a competitive price due to its location. Participation of OVL and OIL in the project will facilitate access of LNG to the growing Indian gas market. As the asset is near to India the shipping cost would be low compared to other LNG sources from the USA, Canada and Russia.

The resource accretion from this acquisition for 20 per cent PI would be around 10 tcf, which is about 20 per cent of India`s present proven gas reserves, and is consistent with the strategic objective of OVL and OIL of adding high quality international assets to their existing E&P portfolio, the petroleum ministry said in a release.