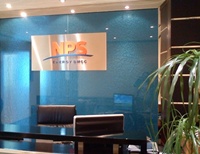 Oslo Stock Exchange had in May 2012 agreed to buy NPS Energy for $350 million and assume debt of$ 110 million, but the deal collapsed in November after both companies failed to reach a final agreement.

NPS Energy had launched a formal sale process earlier this year and has appointed HSBC Holdings as a financial adviser for the transaction, the report said.

NPS Energy, a unit of oilfield services company National Petroleum Services, hopes to fetch around $700 million from the sale, the report added.

Based in Dubai and with a strong local presence in the Middle East and North Africa, NPS Energy is a provider of oil well intervention and drilling services, including coil tubing, wire-line services, cementing, pressure pumping, well logging and testing - and onshore drilling services. It also provides perforation equipment.

Its clients include international oil companies such as Saudi Aramco, Qatar Petroleum, Mearsk, Shell, Total, ConocoPhillips, Occidental and others.

It operates in Bahrain, Brunei, India, Indonesia, Iraq, Libya, Malaysia, Saudi Arabia, Singapore and the United Arab Emirates, has about 900 employees and generated sales of around $150 million in 2012.

A banking source told Reuters that around 30 potential buyers were approached initially and a final list of three bidders was likely to be finalised this week.