Saudi Arabia's Dabbagh Group is in talks to buy out its Indian partner Hinduja's subsidiary Gulf Oil International's stake in a local lubricant joint venture due to differences between the partners, Reuters yesterday reported, citing three sources aware of the matter. 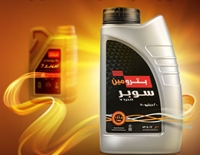 Jeddah-based Petromin is a joint venture between Gulf Oil International and Dabbagh. Gulf Oil holds a 49 per cent stake in Petromin, while Dabbag holds the remaining majority 51 per cent.

The buyout comes because of strategic difference between the partners, the report said without elaborating.

Gulf Oil has hired Deutsche Bank to help review options, including a potential sale. A Reuters source has valued Petromin at around $700 million.

The company started its production through its first blending plant in Jeddah in 1970, which was designed to blend 70,000 million tonnes, today the plant has doubled in size to blend 150,000 million tones annually.

In 1985, Petromin built another plant in Jubail with a similar capacity for lubricants along with the first grease manufacturing plant in Saudi Arabia and the Middle East to produce 6000 million tonnes of all kinds of greases.

Many of the major international oil companies like Mobil, Elf, Agip, Gulf, TOTAL and others blended their products at the company's plants.

In 2007, Dabbagh and Gulf Oil acquired Petromin from a joint venture between Saudi Aramco and Mobil Investments, a unit of ExxonMobil, for $200 million.

It now makes over 150 products and exports to more than 35 countries in the GCC, Middle East, Africa and Asia.

Dabbagh Group, which is into diverse range of business from farming to IT services to real estate, is owned by the country's former agriculture minister Sheikh Abdullah Al-Dabbagh.

Gulf Oil, the chemical hub of Hinduja Group was created through the 2002 merger between Gulf Oil India Ltd and IDL Industries Ltd. The merger enabled the company to leverage the large marketing networks of lubricants and industrial explosives businesses and achieve a turnover of Rs1,074 crore, with exports accounting for 5 per cent of its turnover.

The Hyderabad-based company is also into mining and property development and has large properties in Hyderabad and Bangalore.