Reacting to an uproar in the House of Commons over alleged rigging of the oil market that has led to soaring petrol and diesel prices, British energy minister John Hayes yesterday announced a probe into the scam. 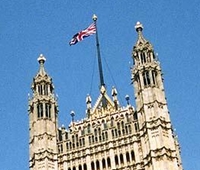 About 80 lawmakers led by Robert Halfon, a Conservative MP, sought action against speculators who were rigging the price of petroleum products. A whistleblower in the financial industry claimed that prices are fixed on a daily basis by profiteering traders.

The minister said he would ask the Financial Services Authority (FSA), the finance watchdog, to probe the matter. Similarly, the planned probe into the London Inter-Bank Offer Rate (LIBOR) scandal by the Bank of England would also be asked to extend it to the oil market, he said.

''As a result of the arguments that Halfon has put today, I will instruct my officials to do a detailed study, with analysis of how far people have to travel to reach their nearest petrol station and how this can change over time.''

Halfon claimed there is evidence of dodgy speculators rigging the market and pushing up the price of oil. As a consequence, petrol and diesel have never been more expensive in real terms as of now, the MP said.

Halfon blamed hedge funds and speculators for rigging the market and noted that pump prices rose quickly when oil prices soared, but were slow to decline when prices dropped.