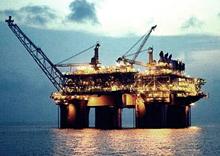 The Chinese move was immediately opposed by Vietnam, which called it illegal, since the tendered blocks overlap its territorial waters where it had issued licences to overseas oil companies like US oil giant ExxonMobil, Russia's Gazprom and India's OVL.

These oil majors are already drilling and exploring in the awarded blocks in partnership with Vietnam's state-owned oil company PetroVietnam.

Vietnam has already asked overseas oil companies not to bid for the Chinese tender, and it is unlikely that any company would want to take a risk until both countries come to an agreement.