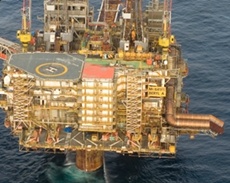 The proposed deal will give Houston-based Apache approximately 254,000 net acres in Granite Wash, Tonkawa, Cleveland, and Marmaton plays in western Oklahoma and the Texas Panhandle.

The proved reserves of these assets has been estimated at 71.5 million barrels of oil equivalent (boe), current net production of 18,000 boe per day and 14,000 potential drilling locations in the Anadarko Basin.

The sellers, including EnCap Investments, Cordillera management and other institutional investors will get about $600 million in Apache stock and the balance in cash that Apache intends to fund with debt.

Apache, the second-largest independent oil and gas company in the US after Anadarko Petroleum, which has operations in the US, Canada, Egypt, the North Sea, Australia and Argentina, said that the acquisition will more than double its holdings in the Anadarko basin.

Since the last three years, Apache has successfully shifted to horizontal drilling with multi-stage completions and now accounts for about half of its Central Region production.