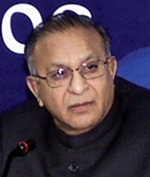 Petroleum and natural gas minister Jaipal Reddy on Tuesday ramped up the pressure on Cairn Energy, saying he would not approve the sale of a controlling stake in its Indian unit to Vedanta Resources unless the concerns of its local partner Oil & Natural Gas Commission were addressed.

''We are determined that the concerns of ONGC are addressed,'' Reddy told reporters in New Delhi.

The comments followed a short meeting with Cairn Energy's chief executive Bill Gammell, which the company described as ''positive and constructive''. They are regarded as a sign that the government will insist on changes to the royalty regime affecting Cairn India, which could result in a big drop in the valuation of the unit.

Reports suggest these might prompt Vedanta to walk away from the agreed deal to acquire 40-51 per cent of Cairn India for up to $8.5 billion. Edinburgh-based Cairn Energy has said it will distribute the bulk of the proceeds to shareholders.

The oil ministry has been hemmed in by an ONGC board resolution asking the government not to clear the deal till Cairn settles its demand for an equitable royalty regime for the Barmer oil fields in Rajasthan. Any softening of stand will be seen as compromising ONGC's interest and stoke political outcry.

ONGC is a partner in seven out of Cairn's 10 acreages. It is willing to give up its pre-emption rights if its demand is accepted. Barmer is a white elephant for ONGC. Because of a policy anomaly, the state-run company pays 100 per cent of the royalty even though it has only a 30 per cent stake.