Dubai: Iranian government sources have indicated that India is likely to resume negotiations for importing natural gas from Iran via a sea pipeline, separate from the 'Peace Pipeline' that was intended to traverse the Pakistan landmass and deliver gas at India's frontiers.

"India has expressed willingness to restart negotiations through an international firm, to independently import natural gas from Iran via a sea pipeline," the Iran Daily quoted deputy oil minister and managing director of the National Iranian Gas Company (NIGC) Javad Owji as saying.

"No exact date has been yet finalised for the gas talks between Iran and India but they are expected to start after the month of Ramadan," Owji said.

He also mentioned that a decision was yet to be taken on the manner in which gas would be exported to India from Iran.

"Using a pipeline through Pakistan's soil or building a deepwater pipeline are the main possible options," he said. 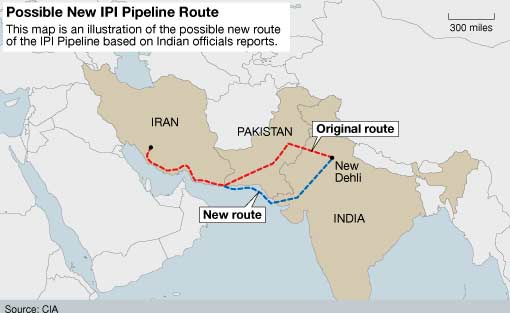