India has expressed its desire to be part of an expanded programme of the Nigerian government to develop its energy sector and will invest atleast $360 million in developing two oil blocks in this West African nation. This investment would be separate from those it is prepared to make in the oil refining sector. 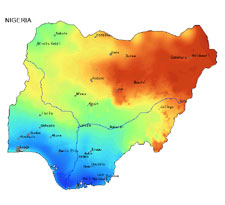 ''India will invest $350 million in developing two oil blocks in the West African nation, besides increasing its engagement in the gas sector as well,'' petroleum and natural gas minister, Murli Deora, said after meeting his Nigerian counterpart Henry Odein Ajumogobia at Abuja on Monday.

The two oil blocks in question are Nigerian Oil Prospecting Licences (OPLs) 279 and 285. Drilling operations have begun in one of these oil prospects.

According to Deora, India buys at least 400,000 barrels of oil per day from Nigeria, the annual value of which he estimated to be at $10 billion.

Deora said India was ready to partner with the NNPC in the establishment of a greenfield refinery with the aim of boosting the domestic production of petroleum products in the country.