The final hearing on the complex case has been further staggered by the recusal of justice Raveendran on moral grounds. The three-judge bench hearing the case now comprises Chief Justice K G Balakrishnan along with justices Reddy and P Sathasivam. 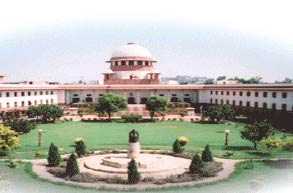 Harish Salve, senior counsel for Mukesh Ambani's Reliance Industries Ltd, which produces the gas from its Krishna-Godavari Basin block, raised better-organised arguments before the bench in favour of his client. He submitted a 25-page note detailing the genesis of the dispute to the bench.

On Wednesday, another Supreme Court judge, Markandey Katju, dropped out of a separate case between RIL and state-owned Bharat Petroleum Ltd over the price of naphtha supplied by RIL to BPL. Justice Katju said he was withdrawing from the case as his wife owned RIL shares.

The recusal of Justice Raveendran rendered six days of hearing infructuous or void. The hearing, which was scheduled to conclude by the third week of this month, will be extended by another week.

There can be two opinions on the recusal of the judges. On the one hand it points to a growing sensitivity among judges to conflicts of interest; but on the other it further delays judgement on an important case.