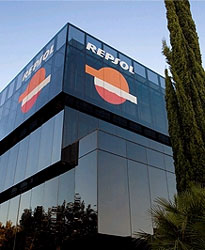 China Knowledge reported today that both CNPC and CNOOC would jointly bid for entire YPF for $22.6 billion.

Madrid-based Repsol-YPF, Spain's biggest oil producer said in a regulatory filing, without naming any company or the size of the offers, that it has received several offers, which are not binding but it is open to offer a minority stake in YPF.

However, according to South China Morning Post, citing a spokesperson from Repsol saying that the company has received several proposals and ideas from companies in China, India and Russia, but neither has any company made a firm offer nor has Repsol decided to sell a stake in YPF.
For CNPC, this will be the third attempt to acquire YPF. In its last two attempts made in 2007, CNPC withdrew in the first instance for commercial reasons and in the second attempt, amid fears that YPF would be nationalised.

Repsol has been looking to disinvest its stake in YPF for a long time and in 2006, it abandoned plans to float 20 per cent of YPF's shares in the Buenos Aires Stock Exchange but managed to sell a 14.9 per cent stake for $2.24 billion to Argentina's Grupo Petersen last year.

YPF is one of the biggest oil and gas producer in Argentina and produces about a third of the country's oil and a quarter of its gas.