The union cabinet today approved the promulgation of the Prohibition of Electronic Cigarettes Ordinance, in a major health and wellness initiative. The ordinance bans all activities connected with the production, sale and use of electronic cigarettes in the country. 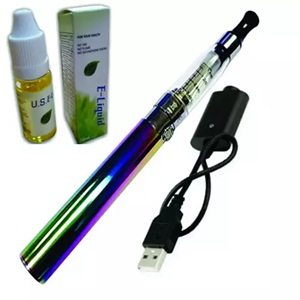 Union cabinet chaired by Prime Minister Narendra Modi approved the Promulgation of the Prohibition of Electronic Cigarettes (Production, Manufacture, Import, Export, Transport, Sale, Distribution, Storage and Advertisement) Ordinance, 2019.
Electronic-cigarettes are battery-operated devices that produce aerosol by heating a solution containing nicotine, which is the addictive substance in combustible cigarettes. These include all forms of Electronic Nicotine Delivery Systems, Heat Not Burn Products, e-Hookah and the like devices. These novel products come with attractive appearances and multiple flavours and their use has increased exponentially and has acquired epidemic proportions in developed countries, especially among youth and children, says a cabinet release.
Upon promulgation of the ordinance, production, manufacture, import, export, transport, sale (including online sale), distribution or advertisement (including online advertisement) of e-cigarettes shall be a cognizable offence punishable with an imprisonment of up to one year or fine up to Rs1 lakh or both for the first offence; and imprisonment of up to three years and fine up to Rs5 lakh for a subsequent offence. Storage of electronic-cigarettes shall also be punishable with an imprisonment up to 6 months or fine up to Rs50,000 or both.
The owners of existing stocks of e-cigarettes on the date of commencement of the ordinance will have to suo moto declare and deposit these stocks with the nearest police station. The sub-inspector of police has been designated as the authorized officer to take action under the ordinance. The central or state governments may also designate any other equivalent officer(s) as authorized officer for enforcement of the provisions of the ordinance.
The decision to prohibit e-cigarettes will help protect the people, especially the youth and children, from the risk of addiction through e-cigarettes. Enforcement of the ordinance will complement government's efforts for tobacco control and will help in reduction of tobacco use and reduction in associated economic and disease burden.
The current decision has come on the back of an advisory issued by the government in 2018 to all states to consider banning e-cigarettes. Sixteen states and one union territory have already banned e cigarettes in their jurisdictions.
The Indian Council of Medical Research (ICMR), in a recent white paper on the subject, also recommended a complete ban on e-cigarettes based on currently available scientific evidence. The WHO has also urged member countries to take appropriate steps, including prohibiting these products. These products are usually marketed as being safer alternatives for conventional cigarettes but such notions of safety are false. On the other hand, available literature suggests that these products may act as gateway products to induce non-smokers, especially youth and adolescents, to nicotine-use, leading to addiction and subsequent use of conventional tobacco products. E-cigarettes are usually promoted by the industry as smoking cessation aids but their efficacy and safety as a quitting aid has not yet been established.
Unlike the tried and tested nicotine and non-nicotine pharmacotherapies that are known to help people quit tobacco use, the WHO does not endorse e-cigarettes as cessation aids. The possibility of tobacco industry interference in tobacco cessation efforts through misinformation about the potential benefits of these products, which are presented as alternatives but in most cases are complementary to the use of conventional tobacco products, also is a present and real possibility. Apart from nicotine, e-cigarettes may also be used for delivery of other psychoactive substances. Scientifically proven nicotine replacement therapies, without the risks associated with e-cigarettes, exist in the form of gums, lozenges and patches for those willing to quit tobacco use. Widespread use and unchecked proliferation of e-cigarettes and the like devices would seriously undermine and derail Government's efforts to reduce the prevalence of tobacco use.
MORE REPORTS