Japan Tobacco to buy Russia's Donskoy Tabak for about $1.6 bn 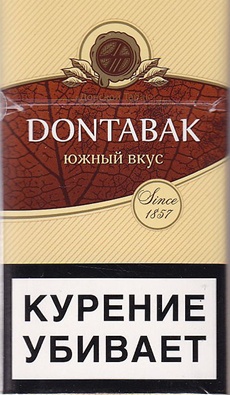 Donskoy Tabak, owned by Ivan Savvides, a Russian-Greek businessman based in Greece, is Russia’s fourth-largest cigarette maker.
The sale includes SEKAP, a lossmaking Greek cigarette maker acquired by Savvides in 2013.
“This transaction will increase our market share to approximately 40 per cent and contribute to the group’s profit immediately with synergies expected in the following years,” said Mutso Iwai, head of JT’s global tobacco business.
The deal is expected to close by the beginning of the third quarter of fiscal year 2018 pending regulatory clearance.
“Throughout 2017 we have restored our market share in Russia, driven by the success of our Global Flagship Brands, Winston and LD. With DT’s value brands complementing our existing product portfolio and its strong salesforce expanding our distribution network, we will strengthen our overall competitiveness in the country,” said Eddy Pirard, JTI’s president and CEO.
Founded in 1897, Donskoy Tabak is the fourth largest tobacco company in Russia with a market share of around 7 per cent.
It has over 120 tobacco product brands and has brands and exports 6.05 billion cigarettes to 31 countries.
It had 2017 net sales of $278 million, operating profit of $61 million, and net income of $33 million
Tokyo-based JT controls about one-third of the cigarette business in Russia, but is facing strong headwinds in the domestic and global markets that have dented its sales and profitability.
The company had earlier said that it expects domestic cigarette sales volume to fall almost 17 per cent in 2018.
Last year, it spent around $2 billion on acquisitions in emerging markets in countries like the Philippines, Indonesia and Ethiopia.
JT has operations in more than 120 countries and employs nearly 60,000 people.
It manufactures and sells some of the world’s best-known brands including Winston, Camel, MEVIUS, LD and Natural American Spirit.
The company currently markets Ploom TECH, a tobacco vapor product, and various e-cigarette products under the Logic brand.
The group is also present in the pharmaceutical and processed food businesses.
MORE REPORTS