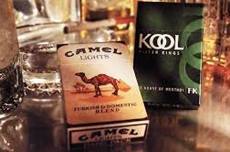 Last month, British American Tobacco, which already owns 42 per cent of Reynolds American, offered to buy the remaining shares of the maker of Camel and Newport cigarettes to create the world's biggest listed tobacco company.

"We thought it was a possibility, so it's not too surprising," Morningstar analyst Adam Fleck said in an email to Reuters.

"Depending on how another offer from BATS could be structured, there's a bit of a circular argument here for the value of RAI," Fleck said.

The companies are still in talks and BAT is willing to increase the price slightly, Bloomberg said, citing people familiar with the matter.

BAT disclosed its proposal to fully acquire RAI on 21 October.

The transaction would let BAT overtake Philip Morris International Inc as the world's largest publicly traded tobacco business. It also would give the London-based company a strong foothold in the US and access to Reynolds's leading electronic-cigarette position. China National Tobacco Corp, run by China's State Tobacco Monopoly Administration, is the biggest tobacco company overall.

Altria controls 51 per cent of the US market and Reynolds 34 per cent. Analysts estimate the Reynolds' acquisition would make the United States account for about 40 per cent of BAT sales and 50 per cent of its profits.

BAT's cash-and-stock offer would mark the return of the company to the lucrative and highly regulated US market after a 12-year absence, making it the only tobacco giant with a leading presence in the American and international markets.

Some analysts have predicted that the deal could encourage current market leader Philip Morris International to reunite with its US affiliate Altria, reversing a 2008 spin-off of the international business.

Reynolds American had a market capitalization of about $76 billion as of Monday's close of $53.05. The company's stock had risen nearly 15 per cent this year.

BAT's unsolicited cash-and-stock offer of $56.50 a share represented about a 20 per cent premium to Reynolds's closing price the previous day. But BAT only plans to pursue the deal with Reynolds' support. Ten days after the offer was announced, Reynolds created a transaction committee to consider the proposal.

The offer is the latest in a run of tobacco mergers, as companies facing smoking declines around the world seek to increase market share and create alternatives to traditional cigarettes. Reynolds completed its $25.9 billion acquisition of Lorillard Inc in June 2015.

BAT has owned its current stake in Reynolds since the Winston-Salem, North Carolina-based company was created in 2004. It helped to fund Reynolds's takeover of Lorillard, which helped BAT maintain its 42 per cent stake in the Camel maker. The companies already work together on vapour products. BAT estimated the transaction would create cost synergies of about $400 million.

BAT chief executive officer Nicandro Durante wrote in the offer letter that he would have preferred to propose the takeover confidentially, but US securities law would have required the company to amend its regulatory findings. Reynolds directors who were not appointed by BAT must back the bid in order for it to move forward, he said.