Sunita Tomar, who spearheaded of India's battle against tobacco use, died in her village in Madhya Pradesh early today, aged only 28. 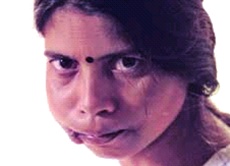 She was earlier admitted to Mumbai's Tata Memorial Hospital, where she expressed a last wish to see her family and children.

''She was very weak and we told her she has very little time left. Her family had exhausted their finances for her treatment and the social welfare department at the hospital was funding her treatment,'' said Dr Pankaj Chaturvedi, head and neck oncosurgeon and department head at Tata hospital.

Two days before she died, she wrote to Prime Minister Narendra Modi about her dismay at BJP MP Dilip Gandhi's statement in his capacity as chairman of Lok Sabha's committee of subordinate legislations that there are no Indian studies linking tobacco to cancer. (See: Don't over-control tobacco sans local studies: panel chief)

''Recently Dilip Gandhi, chairman of a parliamentary panel wrote to the health ministry asking for the notification on bigger tobacco pack warnings to be kept in abeyance. I was shocked that people in such high posts can be so irresponsible. Bigger warnings can probably save some innocent lives like mine. You have started to take people along in your Mann Ki Baat where you recently talked about de-addiction. I hope you [the prime minister] will also take up the cause of tobacco,'' She wrote.

''Sunita came to us three days back with breathing difficulty and weight-loss. She had lost 12kg. We were suspecting a relapse. She was just 28 and a mother of two young kids. Though she is only one of the 10 lakh Indians who die every year because of tobacco, I am sure her campaign must have saved millions from picking up the habit. She made me promise that we will continue our battle and she also wrote a letter to PM Modi to share her personal tragedy,'' said her doctor Pankaj Chaturvedi, head and neck surgeon at Mumbai's Tata Memorial Hospital, where Sunita was admitted three days ago.