Binny Bansal, the former group CEO and chairman of Flipkart, has sold 5,39,912 shares, or 0.33 per cent stake in Flipkart, worth about $76.4 million, to Walmart, which now owns majority stake in the online marketplace. 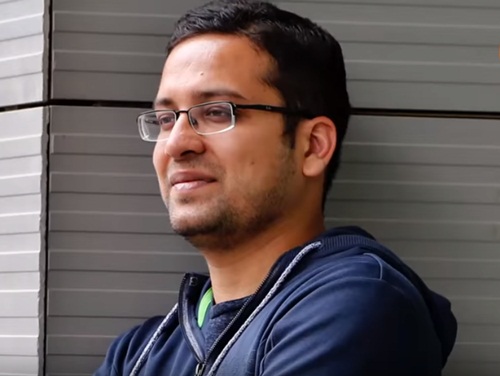 The shares have been transferred to Walmart's Luxembourg entity FIT Holdings SARL, according to a filing with the registrar of companies.
"Walmart increased its equity holding in Flipkart by buying 5,39,912 shares of its erstwhile co-founder Binny Bansal for $76 million through its Luxembourg-based entity FIT Holdings SARL," news agency IANS quoted Chennai-based Paper.vc in as saying in an e-mail.
This is the second time Bansal is selling the residual stake in Flipkart since his abrupt ouster from the e-commerce marketplace in November 2018.
Binny Bansal, who owned 3.85 per cent in Flipkart after he sold 1,122,433 shares in the company for about $159 million during the $16 billion buyout by Walmart, had since been paring his holding in the company he co-founded.
Since his previous sale of a small portion of his stake, Binny Bansal was left with 3.52 per cent stake in Flipkart.
Flipkart’s other co-founder Sachin Bansal had opted to sell his entire stake for about $800 million to $1billion during the exit, while Binny Bansal decided to sell his stake in smaller parcels under a contract that allowed him to sell about half of the stake by August 2020.
Since his exit from Flipkart, Binny Bansal had teamed up with Flipkart executive and Mckinsey consultant Saikiran Krishnamurthy to launch xto10x to help growth stage startups.
He has also backed some notable startups, including Acko, SporDraft, SigTuple, and Increff. His largest investment so far has been in Amazon-backed Acko, in which he has put $25 million in an individual capacity and $65 million Series C round.
Reports also said Binny Bansal is shifting base to Singapore, which offers one of the most flexible tax structures, infrastructure, and policies for startups.
Walmart CEO Doug McMillon told YourStory founder Shradha Sharma in an interview that he wanted to grow Walmart by expanding in ecommerce and investing in customer experience.
Since his taking over as CEO, Walmart stock has risen 50 per cent to $514.41 billion. Walmart employs over 2.2 million associates around the world, but has somehow managed to keep its homely Arkansas roots close to its heart.
Walmart has been investing heavily in improving its speed, particularly in its ecommerce capabilities and its acquisition of Jet and Flipkart in India has helped it catch up with rival Amazon.
MORE REPORTS