And now, Google, Paytm team up for 7-10% stake in Future Retail

US Internet giant Google and Alibaba-backed Paytm Mall are reported to be teaming up to buy up to 10 per cent stake in Kishore Biyani’s flagship company Future Retail, in a Rs3,500-4,000 crore deal, in another marriage of brick and mortar shop and online marketplace. 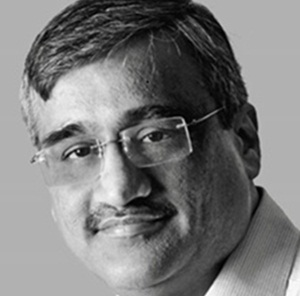 The transaction is expected to value Future Retail at Rs30,000-Rs32,000 crore against its current valuation of Rs26,000 crore.
An alliance with Future Retail puts the group in competition against Amazon, which has also reportedly submitted a term sheet to buy an equal stake in the firm, the publication reported, citing sources.
The news pushed up Future Retail stock to an intraday high of Rs552.00 in morning trade today.
Future group chairman Kishore Biyani had recently announced chances of a possible deal with a foreign investor for fund infusion through sale of both primary and secondary shares.
Biyani is reported to have held meetings with Amazon’s Jeff Bezos in the US and Alibaba officials in China. Further, he plans to close the deal with a foreign investor in the next 2 months.
The new capital infusion is expected to result in the dilution of earnings for the shareholders.
This would aid the company in establishing omnichannel facilities across the country. Further, company may utiliise the proceeds to increase its discount offerings to gain market share. The company is also expanding its network rapidly. The company added 6 FBB stores and 83 Easyday stores during Q1FY19, taking the total count to 67 and 749 stores, respectively. Further, the store count of Big Bazaar stood at 285 stores in Q1FY19.
Meanwhile, Bharti Group, a major shareholder in future Retail, had in June 2018, sold more than half of its stake in the retail chain for nearly of Rs1,697 crore through open market transactions. Bharti group entity Cedar Support Services disposed of 30.3 million shares of Future Retail, or about 6.04 per cent stake in Future Retail through that transaction.
It is likely that the Bharti group may offload the remaining stake to the google-Paytm combine.
Future Retail recently reported 3.56 per cent rise in its net profit for the April-June quarter at Rs 153.12 crore, against a net profit of Rs147.85 crore in the same period a year ago.
Future Retail also announced resignation of Rajan Bharti Mittal as non-executive director of the company "due to preoccupations".
MORE REPORTS