Private equity firms are in talks to buy a majority stake in Italian supermarket chain Esselunga in a deal worth up to €6 billion ($6.7 billion), Reuters yesterday reported, citing sources familiar with the matter. 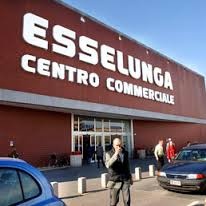 Esselunga, Italy's third-largest supermarket chain, had earlier appointed Citigroup as an adviser to assess non-binding bids from private equity funds including from BC Partners, Blackstone and CVC Capital Partners, while Advent fund later pulled out from the race.

Italian daily La Repubblica had last week reported that US and French retail giants Walmart and Carrefour had renewed their interest for Esselunga after having failed in 2004 to convince the retail chain owner Bernardo Caprotti to sell his company.

Founded in 1957, Esselunga is wholly owned by the Caprotti family and controlled through Supermarkets Italiani S.p.A.

Esselunga was Italy's first supermarket chain and was the first to introduce on-line shopping and self-produced organic products.

The Milan-based retailer, which controls about 9 per cent of the Italian grocery distribution market, has a network of over 150 supermarkets, employs around 22,000 people and has an annual turnover of around €7.3 billion ($8.2 billion).

It also has a portfolio of real estate assets worth more than €1 billion, and the deal value will depend on whether these assets will be part of the sale, the report said.