DLF's promoters have concluded the sale of 33.34-per cent stake in its rental asset portfolio to Singapore's sovereign wealth fund GIC for around Rs9,000 crore – closing a deal to develop a rental assets portfolio of DLF Cyber City Developers Ltd. 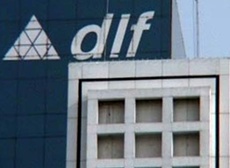 With the closure of the deal, DLF promoters have received Rs8,950 crore from GIC and another Rs1,600 crore from the rental arm, DLF Cyber City Developers Ltd (DCCDL).

DLF Ltd and GIC had entered into a strategic partnership to develop a rental assets portfolio, under the consolidated portfolio of DLF Cyber City Developers Ltd (DCCDL), a subsidiary of DLF Ltd. The partnership enables sustainable, long-term growth of DCCDL's rental business and creates an optimum structure for its rental business to improve efficiency, with long-term capital for growth of the portfolio.

The promoters will infuse the net proceeds from the stake sale into DLF, which in turn will use the amount to reduce its debt significantly from the current Rs27,000 crore.

After the completion of the series of steps as contemplated in the transaction, DLF will hold 66.66 per cent equity (up from 60 per cent diluted equity earlier) and an affiliate of GIC will hold 33.34 per cent equity shares in DCCDL. The gross proceeds to the sellers from the transaction would be Rs11,900 crore (about $1.9 billion), which comprises secondary sale of equity shares (post-conversion of compulsory convertible preference shares – CCPS) to GIC for nearly Rs8,900 crore (approx $1.4 billion), and two buybacks of CCPS for Rs3,000 crore (approx $0.5 billion) by DCCDL over the next 12 months.

DLF said the sale was completed on 26 December subsequent to fulfillment of all conditions precedent to the sale and purchase of the securities and other closing conditions.

''Accordingly, the company and the investor (GIC) now hold 66.66 per cent and 33.34 per cent of the paid-up equity capital in DCCDL, respectively,'' DLF said in the filing.

According to sources, the promoters have received Rs8,950 crore from GIC and another Rs 1,600 crore from DCCDL as first tranche of the buyback of shares. The next tranche of Rs1,400 crore will be due after a year.

The board of directors of DFL had, on 1 December, approved allotment of debentures and warrants to promoters in lieu of their investment of proceeds from the deal into DLF.

The DFL board will meet on 29 December to consider and approve allotment of debentures and warrants to promoters group entities subject to and in accordance with terms to be approved by the shareholders at an extra-ordinary general meeting being held today.

The board had approved the preferential offer and issue of up to 379.7 million compulsorily convertible unsecured debentures (CCDs) to the promoters for cash. The debentures would be converted into equivalent number of shares at Rs217.25.

That apart, the board had approved the preferential issue of up to 13,80,89,758 warrants to the promoters being convertible into shares at the same price. Upon completion of the issue of debentures and warrants and conversion into shares, ''the total additional amount of promoter/promoters groups' equity contribution to the company will be approximately Rs11,250 crore''.

The board had also approved the offer and issue up to 173  million shares to eligible investors – domestic or foreign - in one or more tranches, by way of public issue or a private placement or a qualified institutional placement.

According to the sources, India's largest realty firm DLF Ltd plans to raise around Rs3,500 crore through sale of shares to institutional investors. Infusion of capital by promoters will lead to increase in promoters' stake in DLF to more than 75 per cent. So, the company plans to launch a QIP or public issue to maintain the minimum public shareholding limit of 25 per cent.