Market regulator Securities and Exchange Board of India (Sebi) has barred real estate major DLF Ltd and its directors, including executive chairman Kushal Pal (KP) Singh, from accessing the securities market for three years. SEBI also prohibited them from buying, selling or otherwise dealing in securities, directly or indirectly, or in any other manner. 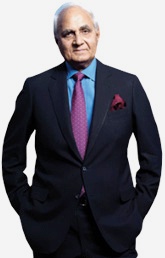 Sebi passed the order in the share transfer of Sudipti, Shalika and Felicite through sham transactions involving DLF and its six directors, including KP Singh, designed and devised to camouflage association of DLF with these three units.

Sudipti and two other companies namely, Shalika Estate Developers Private Limited and Felicite Builders & Construction Pvt Ltd were incorporated on 26 March 2006. DHDL and DEDL were subscribers to the memorandum of association of Sudipti and they together held entire equity shares in Sudipti (50 per cent each).

On 29 November 2006, the entire shareholding in Felicite held by DHDL, DEDL and DRDL was sold to three persons, namely, Madhulika Basak, Niti Saxena and Padmaja Sanka. These three persons were wives of Surojit Basak, Joy Saxena and Ramesh Sanka, respectively who were the KMPs of DLF.

In its order issued on 10 October 2014, Rajeev Kumar Agarwal, whole time member of SEBI, said, "...the process of share transfer of three subsidiaries of DLF in Sudipti Estates Pvt Ltd, Shalika Estate Developers Pvt Ltd and Felicite Builders & Construction Pvt Ltd was through sham transactions as alleged in the show-cause notice and that the noticees employed a plan, scheme, design and device to camouflage the association of DLF with its three subsidiaries, namely, Felicite, Shalika and Sudipti.

''In this case under such plan, scheme, design and device, the noticees suppressed several material information in the draft Red Herring Prospectus (RHP)/ Prospectus of DLF and actively concealed the fact about filing of FIR against Sudipti and others. In the facts and circumstances of this case, I find that the case of active and deliberate suppression of any material information so as to mislead and defraud the investors in the securities market in connection with the issue of shares of DLF in its initial public offering (IPO) is clearly made out in this case."

In 2007, Kimsuk Krishna Sinha, a businessman from Delhi had alleged that DLF and its directors and agents had lured and compelled him to transfer certain plots of land and did not fulfil the promise of developing the land and providing him higher returns.

DLF, however, said that Sudipti was a separate legal entity, owned and controlled by different individuals. The construction major in its DRHP, filed for a public issue in May 2006, had mentioned that Sudipti was its associate company.

The DRHP however, had been withdrawn and a fresh prospectus was filed in January 2007, in which Sudipti was not mentioned as an associate.

Following a 2011 direction of the Delhi High Court to look into Sinha's complaint against the DLF Group and Sudipti Estates, SEBI passed an order to carry out investigation into the allegations levelled by Sinha.