Ride-hiring platform Uber has managed to sell its loss-making food delivery business, Uber Eats, to local rival Zomato, in a deal that gives Uber 9.9 per cent stake in Zomato, worth $350 million (about Rs2,458 crore). 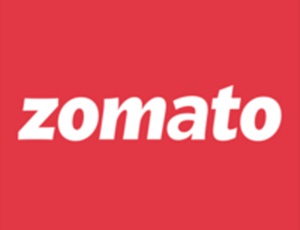 The deal gives Uber nearly 10 per cent stake in Zomato, which is valued at $3.55 billion.
The all-stock deal will give Zomato details of all delivery drivers for the service, known as Uber Eats, and basic information about customers, including their phone numbers and order history, the companies said.
In addition, Uber’s app will send Indian users to Zomato for six months when they click on the “Get Food Delivery” button.
Zomato expects the deal to add Uber’s 10 million in monthly food orders to its own 40 million, giving it a slight edge over Swiggy. The acquisition will also bolster Zomato’s position in southern India, Swiggy’s stronghold.
“This acquisition significantly strengthens our position in the category,” said Deepinder Goyal, Zomato’s chief executive.
Zomato along with rival Swiggy are leaders in the food delivery business in India and control about 80 per cent of the market.
Uber, itself under investor pressure over increasing losses and rising expenses to grow business, has found the food delivery business even more challenging amidst rising subsidy costs. After initial success, Uber Eats the food delivery service faced heavy competition, forcing the company to spend heavily on subsidies and promotional offers to gain new users.
In fact, Uber Eats had only limited number of restaurants or customers in India. Also, the food delivery business and the company’s ride-hailing business failed to complement each other.
For the first three quarters of 2019, Uber Eats in India accounted for 3 per cent of the gross booking for Eats globally and at least 25 per cent of its adjusted operating losses, reports citing sources said.
Uber chief Dara Khosrowshahi had in November told investors at a conference call that he planned to focus on the ride-hailing business and may even dispose of the food delivery service. He also said India is a key market for Uber where it is gaining market share.
“India remains an exceptionally important market to Uber and we will continue to invest in growing our local Rides business, which is already the clear category leader,” Khosrowshahi stated on Monday.
Uber has lost ground in several markets, including South Korea and Southeast Asia while the company has gained market share in the Middle East and is in a tough fight with Rival Ola Cabs for a larger share of the Indian market.
Zomato, which began in 2008 as an online guide for restaurant menus, later started reviews and reservation features, and more recently, food delivery, which is now the core of its business.
Its investors include Ant Financial, which added $150 million to Zomato’s coffers in a fund-raising round this month.
The food delivery business in India has faced headwinds with restaurants en masse leaving the aggregation programme, citing large losses. The industry is averse to deep discount practices that Zomato and other food-delivery services are depending on for business growth.
MORE REPORTS