The central government on Wednesday approved the long-pending demand for regularisation of 1,797 unauthorised colonies in Delhi, in a move that would benefit 4 million residents in the capital. 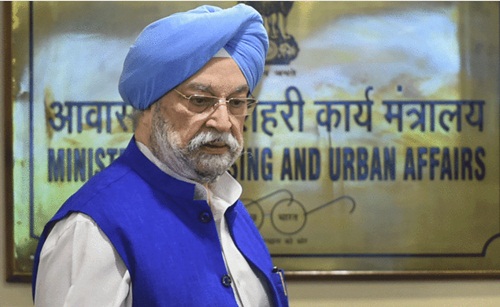 These unauthorised colonies in Delhi are spread over 175 square kilometres across the National Capital Region.
Coming ahead of Delhi assembly elections, the move to regularises these illegal colonies has been welcomed by both the Aam Aadmi Party (AAP), which is in power in the state, and the Bharatiya Janata Party (BJP) at the centre.
The decision would help address issues like lack of ownership and transfer rights, provision of basic infrastructure and civic amenities. With the recognition of property documents, property holders in these colonies can now enter into valid property transactions.
However, the ownership and transfer rights will be conferred on payment of nominal charge based on carpet area or plot size, according to a government press release,
For colonies on government land, the charge will be 0.5 per cent (for less than 100 square metres), 1 per cent (for 100 - 250 square metres) and 2.5 per cent (for greater than 250 square metres), of the circle rate of highest category of locality of the residential area surrounding the unauthorised colony.
For colonies on private land, the charge will be half of the charge on government land.
The government plans to introduce the bill allowing these changes in the next session of the Parliament. The bill will pave way for recognising general power of attorney (GPA), will, agreement to sell, purchase and possession documents in the specified unauthorised colonies. However, this will be a one-time relaxation. The bill will also provide for registration charge and stamp duty on the last transaction and will also address the issue of income tax liability.
Union minister for housing and urban affairs Hardeep Singh Puri called this a "significant decision" to spur the transformation of the urban landscape in Delhi. He also said that the centre will give major exemption from stamp duty and income tax liabilities to the residents.
Delhi chief minister Arvind Kejriwal welcomed the central government's decision and added that the plan was based on a proposal sent by the Delhi government to the centre in July this year. He also urged the centre to start the regularisation process immediately.
While this decision will be applicable to identified unauthorised colonies, which are inhabited by the lower-income group, it does not apply to 69 affluent colonies identified by DDA, including Sainik Farms, Mahendru Enclave and Anant Ram Dairy.
MORE REPORTS