Builders' body Confederation of Real Estate Developers' Associations of India (Credai), will build 203,851 low-cost homes, in the price range of Rs15 lakh to Rs30 lakh, in 53 cities across 17 states in the country under the government's housing for all scheme. 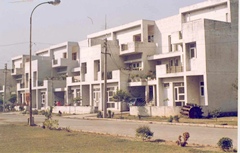 Minister of housing and urban poverty alleviation M Venkaiah Naidu on Sunday launched a master project for 352 housing projects in 53 cities in 17 states across the country involving total investment of over Rs38,000 crore to build over 2 lakh houses.

These housing projects, to be taken up by the members of CREDAI across the country, is the first major private investments initiative into affordable housing. These projects were launched at a function in Gandhinagar, Gujarat.

The event, held at a function during which the new president of the CREDAI took charge of the confederation, is part of several initiatives by the government to promote affordable housing for economically weaker sections, low and middle income groups, including sanction of 'infrastructure status' for the housing sector.

Speaking on the occasion, Naidu complimented CREDAI and its members for coming forward to invest in affordable housing projects and assured them that his ministry and central nodal agencies like the National Housing Bank and HUDCO will extend full cooperation in reaching the benefits prescribed under PMAY (Urban) to the beneficiaries who join the projects.

''I would like to congratulate Credai on the initiative being taken to align the real estate industry with the objective of Housing for All of the government of India," M Venkaiah Naidu, minister of housing and urban poverty alleviation (HUPA), said while launching the housing projects.

Naidu also assured Credai and its members that his ministry and central nodal agencies like the National Housing Bank and Housing and Urban Development Corporation (Hudco) will extend full cooperation in reaching the benefits prescribed under the Pradhan Mantri Awas Yojna (Urban) to the home buyers of these projects.

"India has a recorded shortage of 20 million homes and our endeavor is to ensure that we overcome this shortage by placing consumers at the center of all our efforts," said Jaxay Shah, the newly appointed president of Credai.

The builders' body is also in talks with the State Bank of India (SBI) to create special financial package both for home loans and for construction finance.

The government has recently taken several measures to promote the affordable housing segment and also gave it an industry status in the Union Budget this year.

It also extended the credit linked subsidy scheme (CLSS) component of PMAY (Urban) to middle income groups with annual incomes in the range of Rs12 lakh to Rs18 lakh under which interest subsidy of 4 per cent and 3 per cent on housing loans will be provided.

With this, home buyers in EWS, LIG and MIG segments with annual incomes up to Rs18 lakh have been brought under the ambit of PMAY (Urban), opening up substantial investment opportunities for real estate developers.

The ministry of HUPA on its part has approved construction of 1,773,052 affordable houses so far under PMAY (Urban), with an investment of Rs 95,660 crore in 30 states and Union Territories.

A central assistance in the range of Rs1 lakh to Rs2.35 lakh will be provided to each beneficiary under PMAY (Urban), which was launched by prime minister Narendra Modi on 25 June 2015.