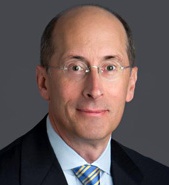 Fannie Mae has not received funds from Treasury since the first quarter of 2012.

The mortgage giant reported annual net income of $84.0 billion for 2013, which includes the release of the company's valuation allowance against its deferred tax assets, and annual pre-tax income for 2013 of $38.6 billion.

Fannie Mae's strong 2013 pre-tax results were driven by continued stable revenues, credit-related income, and fair value gains. Credit-related income was positively affected by an increase in home prices, a decline in serious delinquency rates, and updated assumptions and data used to estimate the company's allowance for loan losses in 2013.

With Fannie's latest payout, the government will have recouped all of its investment. McLean-based Freddie Mac sent the Treasury $71.34 billion in dividends by the end of last year, about $9 million more than it drew from the government.

Fannie Mae provided approximately $4.1 trillion in liquidity to the mortgage market from 1 January 2009 through 31 December 2013 through its purchases and guarantees of loans, which enabled borrowers to complete 12.3 million mortgage refinancings and 3.7 million home purchases, and provided financing for 2.2 million units of multifamily housing.

Unlike other companies that received federal support during the financial crisis, Fannie and Freddie were required to enter into a preferred-stock program with the government.

Each company drew money from the Treasury as needed to maintain a positive net worth. In return, the Treasury received dividends.