The Federation of Hotel and Restaurant Associations of India (FHRAI) has issued notices to online travel aggregators (OTA) MakeMyTrip and GoIbibo over alleged predatory pricing and market distortions. 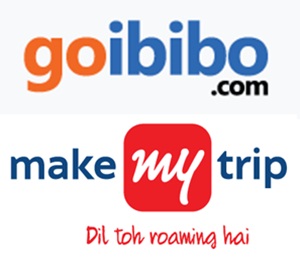 The members of the association have alleged that business practices followed by OTAs were exploitative, unethical, and divisive, and led to predatory pricing and other market distortions.
The hotels body has alleged that OTAs charge commission ranging from 18 per cent to 40 per cent, which has adversely impacted revenue, business and the livelihood of hoteliers. “Under the circumstances it is necessary to call for an active engagement and dialogue with the OTAs,” said Venkada Subbu M, Secretary, FHRAI.
The federation has also alleged that OTAs are legitimising unlicensed businesses by promoting them on their sites and apps while disrupting the business of licensed hotels.
S K Jaiswal, vice president (North), FHRAI claimed that more than 40 per cent of the room inventory available on the OTAs is illegally operated. The federation has also forewarned a nationwide protest against the OTA entities if the discussions are not fruitful.
Hoteliers allege that OTAs are now trying to dictate prices and monopolise the market by usurping pricing power of hotels and assuming marketing rights.
“One of the biggest concerns is that after securing discounted rates from a hotel, the OTAs further discount it on their online platforms without the hotel’s consent. This damages the hotel’s reputation, and also simultaneously distorts the market scenario,” Gurbaxish Singh Kohli, vice president, FHRAI, and president, Hotel and Restaurant Association of Western India (HRAWI) said.
He further noted that the OTAs have a clause in their agreement that forbids hotels from discounting their own rates but are themselves free to do so.
WhatsApp messages claiming websites like Goibibo and Make My Trip are now banned are spreading, creating panic among those who have made bookings on these sites.
Both the websites cater to flight, bus and hotel bookings across India and a ban could possibly mean that the pre-bookings will be cancelled.
While the exact position is not known, reports said hoteliers in Ahmedabad have started canceling bookings that come through the websites.
Around 270 hoteliers in Ahmedabad are reported to have partnership issues with sites like Goibibo and Make My Trip. They complain the websites overcharge the hotels and even give out offers without consulting the hotel management.
While there is no ban on either of the websites, an official from the Hotels and Restaurants Association (HRA) had earlier warned, “In case your family members, colleagues or any known person is travelling to Ahmedabad, and if they have made a booking from Goibibo.com or MakeMyTrip.com they may face serious issues.”
According to HRA, the hotels will cancel online booking once the customer reaches there and a fresh booking will be done at the same price, thus nullifying the online booking.
“We have notified customers that we will not serve those showing hotel booking vouchers provided by either of these portals. To prevent further inconvenience to customers, we have offered the rooms to them at the same rate, on the condition that they cancel the booking made through MakeMyTrip or Goibibo,” reports quoted Narendra Somani, the president of HRA, Gujarat, as saying.
The protests that started in Ahmedabad are expected to spread to other parts of India.
There is already a move against Goibibo in Maharashtra and MakeMyTrip, Somani pointed out, adding, “Hoteliers in Bengaluru, Odisha, Indore, and Chandigarh have also been facing similar issues and will follow suit in boycotting the indiscriminate discounting policy of these portals.”
MORE REPORTS