Pubs, an iconic British institution, across UK are dying -- being forced to shut at a rate of 16 a week with households having to cut alcohol consumption on both health and financial concerns, leading to concerns over the future of an inseperable part of English life. 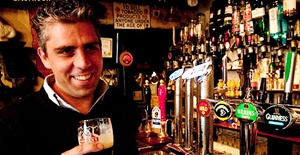 The British Beer & Pub Association figures which show a 3.4-per cent slump in beer sales over the past year, the fastest decline in a decade serve to confirm the downtrend. However, though many may regard a reduction in alcohol consumption as a victory for public health, a report by the centre-left think-tank, the Institute for Public Policy Research (IPPR), suggests that pubs across the nation injected benefits into the heart of communities across the UK that far outweighed their direct financial proceeds.

According to the report's author, Rick Muir, pubs were perceived by people to be the most important social institution for promoting interactions between people from different walks of life.

The report titled, Pubs and Places: the social value of community pubs points out that the social benefits of pubs were increasingly under threat from societal and global economic changes.