India locks down as COVID-19 cases rise to 73

India has ordered all tourist visas suspended to prevent the spread of coronavirus in the country, the government said in a statement today. The travel ban comes after the number of COVID-19 (coronavirus) infected people in the country rose to 73, with more cases reported from Kerala, Karnataka, Maharashtra and Jammu and Kashmir. 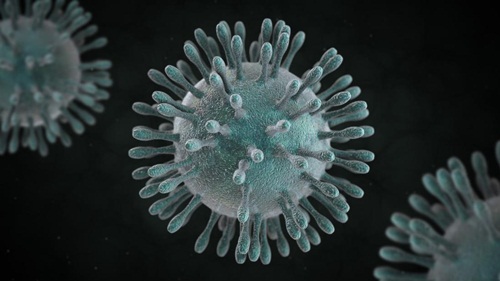 "All existing visas, except diplomatic, official, UN/international organisations, employment, project visas, stand suspended till 15th April 2020," it said in the statement.
The order will come into effect from 1200 GMT on 13 March.
The World Health Organisation (WHO) also on Tuesday declared COVID-19 a global pandemic as the disease spread to 113 countries, infected over 1,20,000 and the toll rose to 4,284.
Union health ministry data show that of the total number of confirmed cases, 56 are Indians and the remaining are foreign nationals. A total of 10,57,506 have been screened in India so far.
The sharp rise in the number of confirmed Coronavirus cases follows twelve new cases reported in Kerala, four in Karanataka eight new cases in Maharastra and the first confirmed case of COVID-19 infection in Jammu and Kashmir. The 68 confirmed cases include the three from Kerala who were diagnosed in early February and have since recovered and discharged from hospital.
In Maharashtra, the government has not declared closure of schools since board exams are on, chief minister Uddhav Thackeray said if there’s a need the state will declare closure of schools.
Three of the four patients in the state who had been diagnosed with earlier with COVID-19 have now recovered.
Meanwhile, a three-year-old and an 87-yer-old woman in Kerala tested positive for COVID-19 and became the youngest and the oldest Indian patient yet. The 87-year-old woman, who is admitted to Kottayam Medical College is reported to be in a critical state.
Visas already granted before 3 March to anyone travelling from China, Iran, Italy, South Korea and Japan had already been suspended; now visas granted on or before 11 March to travellers from France, Germany and Spain have also been added to that list. Additionally, anyone travelling to India from South Korea or Italy will be required to show a certificate that says they’ve been tested for Coronavirus and the result was negative.
Earlier, the government had announced that all passengers with a travel history to China, South Korea, Japan, Iran, Italy, Hong Kong, Macau, Vietnam, Malaysia, Indonesia, Nepal, Thailand, Singapore and Taiwan are required to be screened when they arrive in India.
Gulf countries, including Saudi Arabia and Qatar have limited entry from many virus-affected nations, including India.
The visas of any travellers from the affected countries who have already arrived in India still stand valid but many are advised to self-quarantine themselves for 14 days. Employers have also been asked to allow such people to work from home during this time.
All public events in Kerala have been postponed and all schools, colleges and theatres will remain closed till 31 March. Jammu and Kashmir also imposed similar restrictions to control the spread of the virus.
Schools across the country, until Class 7, will remain closed as well.
Many companies with offices in India have restricted travel and allowed employees to work from home.
Telecom services have also started spreading awareness about the virus with caller tunes being replaced by prerecorded message about the signs of the new Coronavirus infection and precautions you can take to prevent it.
Almost 120,000 cases have been reported all over the world with around 80,000 of them in China alone where the virus originated. Out of these 4,284 have resulted in death and over 65,000 have recovered. The new Coronavirus has spread to 113 countries so far. While China shows a steady decline in the new number of cases, the rate of global spread is still on the rise.
MORE REPORTS