The government has made amendments in the export policy and restricted export of specified APIs (Active Pharmaceutical Ingredients) and formulations made from these APIs in the backdrop of the COVID-19 (coronavirus) threat. 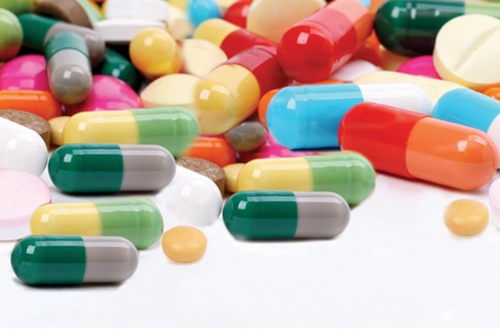 A notification issued by Directorate General of Foreign Trade, said the restrictions will come into immediate effect and remain until further orders. The notification covers following APIs and formulations made from these APIs:
Indian drugmakers depend heavily on China for APIs, and the virus outbreak has dried up almost 70 per cent of the active pharmaceutical ingredient supplies. Industry experts say they are likely to face shortages if the epidemic drags on.
Separately, the government said on Tuesday it had detected “high viral load” in six people who had been in contact with a patient who contracted the virus in the capital New Delhi.
The people have been kept in isolation and their samples are being sent to the National Institute of Virology in Pune for confirmation, the government said in a statement.
Meanwhile, a high level Group of Ministers (GoM) was constituted to review, monitor and evaluate the preparedness and measures taken regarding management of Novel Coronavirus (renamed by World Health Organization as COVID-19), in the country.
Union heath minister Dr Harsh Vardhan said adequate measures are being taken to combat COVID-19 and that people have been advised to take precautions and to report immediately in case of any symptoms.
The GoM held its first meeting today, at Nirman Bhawan, and a presentation of the status of the COVID-19 was made. The GoM presented preventive steps and measures taken for management of COVID-19 disease in India.
Addressing the media later in the day, on the evolving scenario and the GOM meeting, Dr. Harsh Vardhan said that universal screening is being done for the travellers from 12 countries for all the flights from China, Singapore, Thailand, Hong Kong, Japan, South Korea, Vietnam, Malaysia, Nepal, Indonesia, Iran and Italy at the earmarked aero-bridges. He added that the passengers are being screened at 21 airports, 12 major seaports and 65 minor seaports and land crossings particularly bordering Nepal. So far
So far, he said, 5, 57,431 passengers have been screened at the airports, and 12,431 at the seaports. Passengers are further monitored under community surveillance through IDSP network on a daily basis. Also, 25,738 passengers are under community surveillance of the IDSP network. 15 labs are functional and 19 more will be made operational soon, he mentioned. Reagents to test up to 25000 samples have been made available. A total of 3,245 samples were sent out for testing, of which 3,217 were found negative, 5 samples tested positive and 23 are under testing. Out of five positive cases, three earlier patients (in Kerala) are already discharged from the hospital and two new positive cases are found, one in New Delhi and one from Telangana with the travel history from Italy and Dubai, respectively.
Dr Harsh Vardhan advised Indian citizens to avoid non-essential travel to Singapore, Republic of Korea, Iran and Italy. People coming from Republic of Korea, Iran and Italy or having such travel history since 10 February 2020 may be quarantined for 14 days on arrival to India. “We are monitoring the evolving global scenario. Restrictions may be further extended to other countries, as per the situation”, he added.
He further informed that 112 people including nationals from Myanmar (2), Bangladesh (22), Maldives (2), Chinese (6), South African (1), USA (1) and Madagascar (1) from Wuhan were evacuated and are kept at ITBP camp at Chhawla. The first test of all of them is found to be negative. He added that 124 people are brought back from Japan through Air India flight on 27 February morning including 5 foreign nationals. They have also tested negative and are kept in the Army Facility at Manesar.
Dr Harsh Vardhan advised people to take precautions and in case of any symptoms report to nearest public health facility or call at the Health Ministry 24x7 Control Room 011-23978046 or email at ncov2019@gmail.com.
MORE REPORTS