The number of coronavirus cases rose to more than 80,000 globally as the disease continued to spread faster in the Middle East, Europe and other parts of the world, with more deaths in Italy. 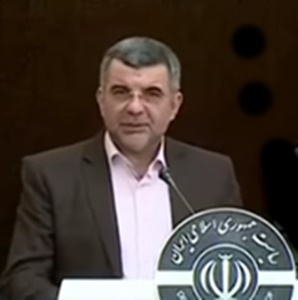 The Indian government on Tuesday said it is awaiting China’s clearance to evacuate remaining Indians from virus-hit Wuhan, even as the toll from the novel coronavirus in mainland China reached 2,663.
Indians on board the coronavirus-hit cruise ship anchored at a Japanese port will also be brought back on Wednesday.
Iran's deputy health minister has tested positive for coronavirus, according to a video broadcast on Iran’s state television. In the video, pre[ared by the minister himself at a news conference, Iraj Harirchi put on a brave face and admitted he was infected. "I too have been infected with coronavirus."
Addressing the media in Tehran on Monday along with government spokesman Ali Rabiei, Iraj Harirchi denied a lawmaker's claim that 50 people had died from the virus in the Shiite shrine city of Qom, saying he would resign if the number proved accurate.
But, on Tuesday, the minister said, "I too have been infected with coronavirus…I had a fever as of last night and my preliminary test was positive around midnight.”
"I've isolated myself in a place since. A few minutes ago, I was told that my test was final, and now I am starting medication.
A prominent Iranian reformist politician, Mahmoud Sadeghi, also announced he had tested positive for the virus. "My coronavirus test was positive. I send this message but I don't have much hope of staying alive," Sadeghi said in a tweet.
Iran confirmed three more deaths and 34 new infections on Tuesday, taking the country's overall death toll to 15 and infection tally to 95. The Islamic republic has been hit by the deadliest coronavirus outbreak by far outside China, the epidemic's epicentre.
Iraq health ministry also reports four new cases of coronavirus.
In Europe, Italy reported the most cases as the new coronavirus spread south on to Tuscany and Sicily. Civil protection agency reported a surge in the number of infected people and Rome convened emergency talks.
Three more people infected with the coronavirus have died in northern Italy, the chief of the civil protection agency said, bringing the death roll from the worst outbreak of the illness in the country and Europe to 10.
Japan's Dentsu confirmed coronavirus infection and instructed employees to work from home. Japanese authorities also urged telecommuting and staggered shifts to curb coronavirus.
Austria reported two cases of coronavirus while Croatia confirmed its first case of coronavirus infection.
A 70-year-old man tested positive for the coronavirus in Switzerland's southern canton of Ticino, on the border with Italy, Swiss health authorities said, confirming their country's first case.
The US and South Korea are considering scaling back joint military drills amid coronavirus scare. But US President said coronavirus problem will be over soon.
Fears of a soaring viral outbreak are gripping the South Korean city of Daegu and the surrounding area, with residents struggling as they try to stay away from a virus that has already sickened hundreds of people in the region, killing at least 10 of them.
South Korea to launch mass coronavirus testing while the United States pledged $1 billion for developing a vaccine.
In Geneva, the World Health Organisation’s (WHO) China mission chief Bruce Aylward said the world is “simply not ready” for Coronavirus.
Bruce Aylward's comments came after WHO announced that the epidemic had peaked at its epicentre in China, where it has killed more than 2,600 people and infected over 77,000 others.
He also said other countries were also not preparing quickly enough to react in case they were hit hard by the outbreak.
"China knows how to keep people alive from COVID... That is not going to be the case everywhere in the world," he said. "It is a serious disease."
Aylward also said his team's findings in China appeared to belie theories circulating that the number of cases being detected is only the tip of the iceberg and that a lot of undetected transmission is going on. "There is not a lot of evidence of that," he said.
MORE REPORTS