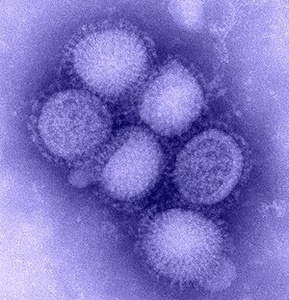 “Two SAP India employees based in Bengaluru (RMZ Ecoworld office) have tested positive for the H1N1 virus. Detailed contact tracing of who the infected colleagues may have come into contact with is under way,” the company said.
SAP, which has its office in one of the city’s largest tech parks, RMZ Ecoworld on the Outer Ring Road (ORR), announced temporary closure of its offices in Bengaluru  Gurgaon and Mumbai to avert the spread of swine flu, which is very contagious.
The Indian arm of German software group SAP said on Thursday it had shut down all offices in the country for sanitisation after two of its employees in Bengaluru tested positive for the H1N1 virus.
“The health of our employees and their families is of utmost priority. As a precautionary measure, all the SAP Offices across Bengaluru, Gurugram, and Mumbai have been closed for extensive sanitisation, and all SAP employees based in these locations have been asked to work from home till further notice,” a spokesperson of SAP India said.
Close on the heels of the coronavirus threat that has spread from China to more than 20 countries, the H1N1 virus is posing another pandemic threat as it has claimed 13 lives in Taiwan last week.
This virus is especially dangerous for those with a compromised immune system like those suffering from chronic medical conditions and long-term health conditions.
According to the World Health Organisation (WHO), H1N1 symptoms include fever, chills and sore throat and is similar to seasonal influenza but has been characterised by higher fatality rates among healthy young adults and higher incidence of viral pneumonia.
Swine flu (H1N1) is a highly contagious respiratory infection caused by a type of Influenza A viruses in humans. It has been named so as people who worked near pigs (or in close contact with them) were seen getting infected by this disease. However, over the years, cases of H1N1 influenza had been reported in people who weren't anywhere near pigs. It was declared a pandemic by the World Health Organisation in the year 2009 as it was spreading aggressively back then.
The first case of this virus was detected in Mexico in April 2009 and subsequently spread to 74 other countries. Infact by June 2009, there were already 30,000 confirmed cases of influenza A H1N1 across countries.
The 2016 flu pandemic in India remains the worst for India as more than 42,592 swine flu cases were confirmed, and resulted in 2,992 deaths. Swine flu is a kind of influenza A virus infection and was first reported in humans in India in the year 2009. According to a research team led by the US Centers for Disease Control and Prevention (CDC), the H1N1 virus may have killed up to 203,000 people worldwide in the same year.
In India, the first case of influenza A H1N1 was reported on 16 May 2009, from Hyderabad and killed 981 people in 2009 and 1,763 in 2010. India has witnessed one of the worst outbreaks of swine flu in the world from the year 2009 to 2019, registering more than 137,323 cases and reporting 10,614 deaths.
Some of the most common symptoms of H1N1 influenza include high fever, headache, muscle pain, sore throat, blocked nose, chills and malaise and fatigue.
The best method to protect against H1N1 is to get vaccinated. Reports citing doctors said there is a new flu vaccination available in the market with four strains - the quadrivalent flu vaccine.
There are also several antiviral medications available in the market. It is even more important to consult a doctor.
Doctors have also advised that some other preventive methods like:
* Washing hands regularly with lukewarm water for at least 20 seconds;
* Avoiding contact with anyone who displays any sign of cold and cough;
* Working from home in case of any flu-like symptoms;
* Keeping alcohol-based cleansers and sanitizers handy; and
* Avoiding outings or contacting others until there is no fever for 24 hours, in case of flu-like symptoms.
MORE REPORTS