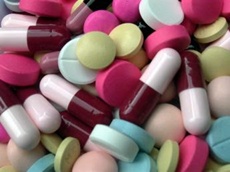 This is because the cost of treatment, including surgical procedures at most of these hospitals remain high despite the NPPA effecting major reductions in the prices of essential medicines and medical implants like knee implants and cardiac stents in recent months.

The regulator has also reduced the maximum retail prices of some drugs used in the treatment of cancer, hepatitis B, tuberculosis, measles and malaria.

However, there is at present no direct mechanism to ensure that these decisions are implemented and that the common man gets the benefit of price reductions.

The NPPA on Wednesday said it has fixed and revised the ceiling prices of 39 drug formulations, a move which will make the drug Hepatitis B immunoglobulin by as much as 20 per cent.

The move to reduce prices of drugs and medical implants, however, has been met with stiff resistance from healthcare providers. Several hospitals across the country have hiked prices of related services which are an essential part of such surgeries - like doctors' fees and hospital stay costs - to make up for the price cap.

Since these actions impede the efforts of the NPPA to rein in healthcare costs, the regulator now feels that these hospitals too need better oversight by healthcare authorities.

NPPA is considering bringing more medical devices under price control with the aim of making healthcare more accessible in a country where it is still a luxury for many.

''We have to find a way to rationalise the cost of hospital care,'' NPPA Chairman Bhupendra Singh told Reuters. ''There is no legal framework to regulate hospital charges.''

The government had neglected healthcare as private sector took over. The government spends roughly one per cent of the country's gross domestic product on healthcare - among the lowest in the world.

The lack of an effective public healthcare system has resulted in the mushrooming of private healthcare providers most of which are unreliable.

Private sector, which includes small clinics, nursing homes and medium and corporate hospitals, controls nearly 70 per cent of healthcare delivery in the country. But the industry remains largely unregulated.

Private hospitals justify the hike in treatment costs after price cuts saying that the healthcare providers are hiking prices to cover treatment costs.

The government think-tank NITI Aayog, however, has been keen to push for further privatisation of healthcare services