India, followed by China and Pakistan, is among the 10 countries that accounted for more than 95 per cent of all new HIV infections in the Asia-Pacific region in 2016 – and India is the worst affected, according to a UN report. 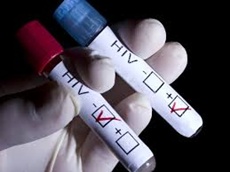 ''India is the country where most new HIV infections are occurring in the Asia-Pacific region. While India has made big progress with new infections dropping significantly, the emergence of HIV in some locations that were earlier considered 'not high-burden' areas is a cause for concern.'' said Eamonn Murphy, Director, UNAIDS Regional Support Team for Asia-Pacific.

On the positive side, for the first time since the onset of the HIV/AIDS epidemic, the scales have tipped in favour of patients. The latest UNAIDS report, released on Thursday, reveals that more than half of all People Living with HIV (PLHIV) now have access to HIV treatment.

''We met the 2015 target of 15 million people on treatment, and we are on track to double that number to 30 million and meet the 2020 target,'' said Michel Sidibé, executive director of UNAIDS. ''We will continue to scale up to reach everyone in need and honour our commitment of leaving no one behind.''

In the Asia and the Pacific region, the majority of new infections are occurring in 10 countries led by India and followed by China, Indonesia, Pakistan, Vietmnam, Myanmar, Papua New Guinea, the Philippines, Thailand and Malaysia. These 10 countries together accounted for more than 95 per cent of all new HIV infections in the region in 2016.

The region's HIV epidemic remains largely concentrated among key populations, including sex workers and their clients, gay men and other men who have sex with men, people who inject drugs, and transgender people.

Eastern and southern Africa, which account for more than half of all people living with the virus, are leading the way. Since 2010, AIDS-related deaths there have declined by 42 per cent and new HIV infections by 29 per cent, including a 56 per cent drop in new infections among children over that period - a remarkable achievement of HIV treatment and prevention efforts aimed at putting that region on track towards ending its AIDS epidemic.

In contrast, progress against the targets has been poor in the Middle East, North Africa, Eastern Europe and Central Asia, where AIDS-related deaths have pointedly risen. Exceptions, however, include Algeria, Morocco and Belarus, which have increased HIV treatment access from 2010 to 2016.

The report also shows that globally, 30 per cent of people living with HIV still do not know their status, 17.1 million are unable to access ART and more than half are not virally suppressed.