India and Germany will soon embark on new initiative on the healthcare front that will see Ayurveda and other traditional and alternative systems of medicine join the mainstream on a global scale. 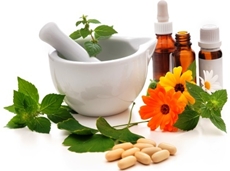 The JDI envisages collaborative research, training and scientific capacity building in the field of alternative medicine and the two countries would contribute to the enhanced employment opportunities in the AYUSH (Ayurveda, Unani, Shudha and Homoeopathy) sector.

There are no additional financial implications involved. The financial resources necessary to conduct research, training courses, conferences and meetings will be met from the existing allocated budget and existing plan schemes of ministry of AYUSH.

India is blessed with well-developed systems of traditional medicine, which hold tremendous potential in the global health scenario. Germany has considerable interest in traditional systems of medicine. The ministry of AYUSH as part of its mandate to propagate Indian systems of medicine globally has taken effective steps by entering into MoU with China, Malaysia, Trinidad and Tobago, Hungary, Bangladesh, Nepal, Mauritius, Mongolia and Myanmar.

The ministry has taken several initiatives for promotion of Ayurveda in Germany with the recommendation and cooperation of the Indian embassy in Berlin. One of the major initiatives is the collaborative research project between the Central Council for Research in Ayurvedic Sciences (CCRAS) and Charite University, Berlin on Osteoarthritis of the knee. The results of the trial are encouraging and the clinical trial demonstrates significant improvement in patients. The study has been completed successfully and is under publication.

A delegation led by Shripad Yesso Naik, minister of state (independent charge). ministry of AYUSH, had visited Germany during 15-19 October 2016 to participate in the 2nd European World Ayurveda Congress (EWAC) and have interactions with the authorities in Germany. The congress was supported by the ministry of AYUSH. The minister also had a bilateral meeting with the parliamentary state secretary Ingrid Fischbach during which both sides had unanimously agreed to begin the process of drafting and negotiating a JDl in the field of AYUSH and natural medicine. It is expected that the JDI would give a boost to India-Germany ties and enhance cooperation between the two countries.