Luxottica and Essilor agree on €45-bn merger of equals: report

Italy's Luxottica Group SpA and France's Essilor International are said to have agreed to a €45-billion ($48 billion) merger deal in a bid to create a giant in the global eyewear industry, the Financial Times yesterday reported, citing people with direct knowledge of the matter. 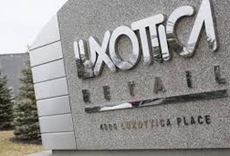 The deal is expected to be announced before the market opens today, the report said.

Under the terms of the transaction, Leonardo Del Vecchio, Luxottica's 81-year-old billionaire founder and Italy's richest man, will become the largest single shareholder in the merged group with 31 per cent of voting rights, and Essilor's chairman and CEO, Hubert Sagnieres, will become executive vice-chairman.

The merged group would be based in Paris and listed on the Paris stock exchange.

The transaction, touted as merger of equals, will have a combined market value of about €50 billion, sales of about €14 billion, and 130,000 employees.

A low-key company, Luxottica dominates the global eyewear market by buying out its rivals.

Started in small tool shop by Leonardo Del Vecchio in Agordo, Italy in 1961, Luxottica now has an annual turnover of €9 billion. It sold 65 million pairs of frames last year.

With over 65,000 employees, Luxottica operates in over 150 countries, has 7,400 stores, and six production facilities in Italy, three in China, one in Brazil, one in the US and a small plant in India.

The company's products are designed and manufactured at its six plants in Italy, two wholly-owned plants in the China, one each in Brazil and the US.

It acquired Ray-Ban in 1999 and managed to turn the $29-a-pair gas station brand into the world's top-selling sunglasses.

Due to lack of competition, Luxottica routinely sells eyecare glasses at over $200 although it cost less than $30 to make.

It operates in more than 100 countries with 32 plants, more than 490 prescription laboratories and edging facilities, 5 research and development centres around the world.

Essilor has annual revenue of nearly €7 billion and employs around 61,000 people.