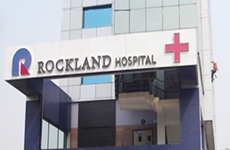 Abu Dhabi-headquartered VPS Healthcare will acquire a 100-per cent stake in Rockland network in the National Capital Region (NCR), which owns 16 high-end hospitals and more than 100 primary care medical centres.

The deal was signed towards the end of June and is effective from the 1 July. We are committing approximately Rs1,500 crore for this investment deal," reports quoted Shamsheer as saying.

VPS is buying out the entire stake of Rockland founder Rajesh Srivastava, while International Finance Corporation, which held a minority stake, exited as part of the deal.

Srivastava, who passed away in January this year, had set up three hospitals in and around New Delhi and was working on a fourth one in Noida. With the acquisition, these hospitals will be rebranded as VPS-Rockland Hospitals.

Rockland's major hospitals in the NCR region include the Qutub, the Dwarka and Manesar.

While the Manesar campus sits on a 5-acre piece of land, Dwarka has 1.5 lakh sq ft and Qutub has 2 lakh sq ft. The three hospitals employ 1,300 people.

Besides, Rockland has a 7-acre plot at Noida, where Shamsheer will now be developing a greenfield project, which is in the initial stages of planning. He also has plans to develop the Manesar Hospital into a referral centre for oncology.

"Noida will also be a bigger project like Manesar. With the completion of Noida, we will be covering the entire NCR region right from Manesar at one end and Noida at the other end," said Dr Vivek Singh, corporate director, Rockland Hospital.

Shamsheer, 39, a radiologist by profession, founded VPS Healthcare in 2007. His cross-border healthcare network now has 16 hospitals, 112 medical centres and clinics and 28 pharmacies, mainly in the GCC countries. Largest among his hospitals is Abu Dhabi-based Burjeel Hospital, which is also largest private tertiary care provider in Abu Dhabi.

Three months ago, he had acquired majority stake in multi-specialty Lakeshore Hospital, in Kochi, Kerala.