International Business Machines Corp is looking to deepen its partnership with Apple Inc to make use of health information gathered by millions of Apple devices. The company would create a unit dedicated to providing data analytics to the healthcare sector. 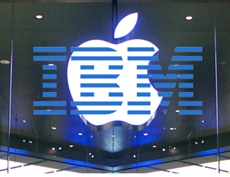 Its new Watson Health unit plans to aggregate health information across a large number of devices and providers in the cloud and offer insights to health companies such as Johnson & Johnson and Medtronic, which could  then integrate results into services they sold to healthcare companies.

According to IBM, it would create a headquarters for the unit in Boston with 2,000 employees, which would include about 75 medical practitioners. It added, it bought two health technology firms, Explorys and Phytel, for an undisclosed amount, to add to its skills in health data analytics.

IBM had an arrangement going with Apple to work on numerous enterprise applications, but was extending its co-operation in the area of health.

Apple is part of a collective formed by IBM to develop new technology that will help health care companies analyse patient data collected from millions of wearable Apple devices.

"Our deep understanding and history in the health care industry will help ensure that doctors and researchers can maximize the insights available through Apple's HealthKit and ResearchKit data," John E Kelly III, senior vice president for IBM research and solutions portfolio, said in a statement. "IBM's secure data storage and analytics solutions will enable doctors and researchers to draw on real-time insights from consumer health and behavioral data at a scale never before possible."

Apple unveiled HealthKit at its Worldwide Developer Conference in June. With the software, consumers can track health-related data and it also served as a hub for that information. ResearchKit unveiled last month, was designed to help medical professionals build apps and technologies to assist with various kinds of research.

On Tuesday, Apple announced that it was making ResearchKit available to medical researchers so that they could start developing new apps. The first wave of ResearchKit-based apps, designed to study asthma, diabetes, breast cancer, cardiovascular disease and Parkinson's disease, had so far enrolled over 60,000 iPhone users, according to Apple.

"Studies that historically attracted a few hundred participants are now attracting participants in the tens of thousands," said Jeff Williams, Apple's senior vice president of operations, in a statement Tuesday.