Close on the heels of the death of a man admitted to AIIMS yesterday with Ebola-like symptoms, the chief medical officer of Jodhpur district has informed the state health authorities in Jaipur, Rajasthan, that five hospital functionaries working in a private hospital in Jodhpur have shown symptoms of high fever. 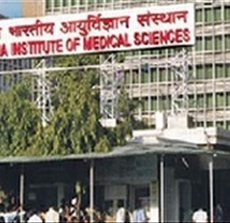 Two of them developed thrombocytopenia (fall in blood platelet count) and showed hemorrhagic manifestations. One person died at this hospital on 18 January and the other person, who was air-lifted to AIIMS, Delhi, died today.

The AIIMS patient died today morning due to excessive internal bleeding even as doctors said it was unlikely that he was infected by the deadly Ebola virus. Doctors, however, said the patient appeared to have been suffering from Crimean-Congo Haemorrhagic Fever (CCHF) and not Ebola.

CCHF is a widespread disease caused by a tick-borne virus (Nairovirus) of the Bunyaviridae family. The CCHF virus causes severe viral haemorrhagic fever outbreaks, with a case fatality rate of 10 to 40 per cent.

CCHF is endemic in Africa, the Balkans, the Middle East and Asian countries south of the 50th parallel north – the geographical limit of the principal tick vector

Samples have been sent from these patients to National Institute of Virology, Pune for testing.

The centre has also alerted health authorities in Gujarat and Rajasthan of a possible diagnosis of Crimean Congo Hemorrhagic Fever (CCHF) and the guidelines have been shared with these states.

"It appears to be a case of CCHF, which is also highly contagious and can spread with close contact with the blood, secretions or other bodily fluids of infected persons.

"It is unlikely that he was suffering from Ebola as he doesn't have any history of travelling," said a doctor.

A three-member team of experts from National Centre for Disease Control, Delhi is visiting Jodhpur, Rajasthan for outbreak investigation and providing public health support to the State health authorities.

The affected Jodhpur hospital functionaries have no travel history to Ebola affected countries. The clinical sample of the patient shifted to AIIMS and who subsequently died today has been tested negative for Ebola Virus Disease as per tests conducted at the National Centre for Disease Control, New Delhi.