Doctors working in Britain's increasingly criticised National Health Service (NHS) face the risk of imprisonment if they fail to treat patients correctly, as UK legislators decided to ignore protests from doctors' organisations and bring in a new criminal offence of "wilful neglect". 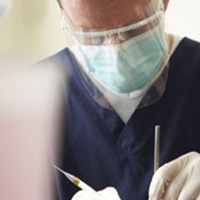 The NHS was highlighted in the Opening Ceremony of the London Olympics; but since then has come under increasing criticism for maltreating patients.

Under the proposed legislation, deliberate or reckless behaviour towards patients will become punishable by up to five years in prison and £5,000 fines under the government's amendment to the criminal justice and courts bill.

It will introduce separate new offences outlawing "ill-treatment or wilful neglect" by individuals providing health or social care and also by organisations.

The individual offence is intended to punish anyone in the 1.35 million-strong NHS workforce in England who has mistreated someone deliberately or with a "couldn't care less" attitude. Ministers say it is needed because while existing laws apply to certain forms of ill-treatment or wilful neglect, such as physical violence, they do not cover all such situations.

The move was recommended last year by an advisory group, chaired by patient safety expert Don Berwick that was commissioned by the Department of Health after Robert Francis QC's landmark report into the Mid Staffordshire hospital care scandal.

The Department of Health (DH) said the change would close a loophole whereby at present in law ill-treatment or wilful neglect can only occur in certain settings, such as in mental health institutions where the person lacks mental capacity.

The planned new law is "designed to tackle completely unacceptable actions, not punish human error. This will ensure there is consistency and also sends a strong message that poor care will never be tolerated", said a DH spokesman.

"It is emphatically not about punishing healthcare staff who make honest mistakes. This is about ensuring there are robust sanctions for deliberate or reckless actions, or failures to act, should never be tolerated in any healthcare system", he added.

Berwick's advisory group said the new law should be "an offence of last resort, used only in the most extreme cases", the DH added. It has estimated that there could be up to 240 prosecutions a year, of everyone from healthcare assistants to consultant surgeons, as a result.

The Medical Defence Union and Medical Protection Society, which represent doctors accused of wrongdoing, said the move would make doctors reluctant to talk openly and honestly about errors and would not improve patient safety.

Dr Nick Clements, the MPS's head of medical services, said it was "extremely disappointed and concerned. This criminal sanction will have a huge impact on the professional lives of doctors." It was unnecessary because "the current regulatory, disciplinary and criminal framework is already effective at censuring unprofessional behaviour."

The Academy of Medical Royal Colleges, which represents Britain's 250,000 doctors, warned the DH during the public consultation on the new offence that it could make staff less open and honest when mistakes occur and prompt some healthcare staff to practice "defensive medicine" in case doing something unusual led to them facing prosecution.