Essilor International, the world's largest manufacturer of ophthalmic lenses, today agreed to buy Costa Inc, a maker of high-performance sunglasses, for $270 million in order to  expand into the US  market. 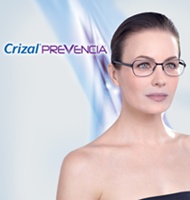 In the all-cash transaction, Costa shareholders will receive $21.50 per share, representing a 19-per cent premium on the volume-weighted average share price over the past six months.

Essilor said Costa shareholders owning around 34 per cent stake in the company have agreed to vote in favour of the transaction.

The transaction is expected to close in early 2014, subject to approval by regulatory authorities and a majority of Costa shareholders.

Previously known as A.= T Cross, Rhode Island-based Costa designs, assembles and markets sunglasses under the Costa and Native brands.

Introduced in 1983 and primarily marketed through eyecare professionals and sporting goods retailers, Costa has become the fastest-growing performance sunglass brand in the US.

As the leading producer of one of the superior clarity polarised performance sunglasses, Costa is most known for its patented 580 lens technology, which offers colour enhancement and increased visual acuity.

While Costa currently derives the majority of its revenue from the Southeastern US, it plans to expand into other parts of the US and internationally  by capitalising on its products' reputation and proven brand and distribution strategies.

It is expected to report approximately $100 million in revenue in 2013, said Essilor.

Paris-based Essilor, formed from the merger of ophthalmic firms Essel and Silor in 1972 designs, manufactures and markets a wide range of lenses to improve and protect eyesight.

Essilor reported revenue of nearly €5 billion in 2012 and employs around 50,700 people. It operates in more than 100 countries with 22 plants, more than 400 prescription laboratories and edging facilities, as well as several research and development centres around the world.