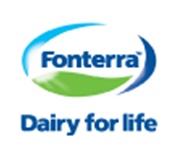 Fonterra said it would revise down its forecast earnings per share range for the 2017-18 financial year to 35c to 45c, down from 45c to 55c, as a result of the decision of a Singapore arbitration tribunal.

The arbitration decision came after Fonterra issued a precautionary recall advice to some customers who had been supplied with its infected whey protein and products containing WPC80, which later turned out to be a false alarm.

New Zealand's Ministry for Primary Industries said that its tests showed the whey protein concentrate made by Fonterra contained a less harmful bacteria rather than the potentially fatal botulism and the warning was not necessary.

The warning made Danone recall its infant-milk products and sports drinks in nine countries, including China, denting sales and forcing it to lower its full-year targets.

Danone filed a €630-million legal claim against Fonterra in the New Zealand High Court for breach of the Fair Trading Act 1986 and a separate arbitration in a Singapore tribunal.

Danone said in a statement that it "welcomes this arbitration decision as a guarantee that the lessons from the crisis will not be forgotten".

Both Fonterra and the New Zealand Government conducted extensive reviews into the events. A follow-up review by the Independent Inquiry commissioned by the Fonterra Board of Directors confirmed that the Co-operative's management acted in the best interests of its consumers and the Co-operative at all times.

''The decision to invoke a precautionary recall was based on technical information obtained from a third party, which later turned out to be incorrect,'' Fonterra said in a statement.

''While there was never any risk to the public, we have learned from this experience and as a result have made improvements to our escalation, product traceability and recall processes, and incident management systems.''

''We operate in a fast-changing and complex industry, and will always prioritise Food Safety and Quality in our commitment to be the world's most trusted source of dairy nutrition.''

Fonterra also said that it was reviewing the tribunal's findings closely, but admitted that there was likely to be limited options for challenging the decision of an international arbitration.